The celestial stars had an essential role in the Polynesian expansion across the Pacific Ocean. The waka tapu (sacred canoe), Tākitimu transported this ancient knowledge as well as the old Gods to this land.

When the waka arrived at Waimārama, four tohunga (priests), elected to leave the waka and establish a school. They chose the site for their new school with great deliberation. High on the Maraetotara plateau; the school at Paewhenua gave them a clear and unobstructed view of the heavens. The school also served as a Mātai Whetu - a place to view the stars, an observatory.

The actual site of the archaic school is now lost to mystery, history and legend but stone-faced guardians remain. They dot the ridgeline; their flinty gaze fixed upon the fortress beneath - Hakikino, home of the mother of the tribe, Hinengatiira. A carved totem celebrates her genealogy - a whakapapa that binds us to those early priests.

The new Mātai Whetu at Hakikino honours this connection. Situated on a knoll with spectacular 360 views to the sea and ranges, the Mātai Whetu was officially opened and named at a pre-sunrise ceremony held on 29 June 2019. Welcome to Te Kōripitanga o Tama-nui-te-rā: the place where the stars and the sun rise from the sea.

Mauri stones carried the spirituality of ancient gods. Imbued with ancient knowledge these stones were transported to all corners of the Polynesian expansion across the Pacific. The Mātai Whetū celebrates this event.

Stone guardians form a ring of power around the celestial disc. It is a place to view the heavens and follow the star trail that brought our people from one side of the world to Waimārama. The celestial disc contains a Maramataka, an old-world star chart; a lunar calendar that maps the timeless ebb and flow of starts and celestial bodies. 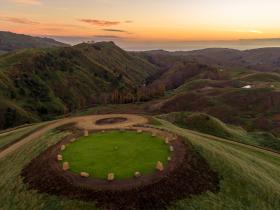 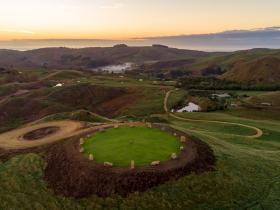 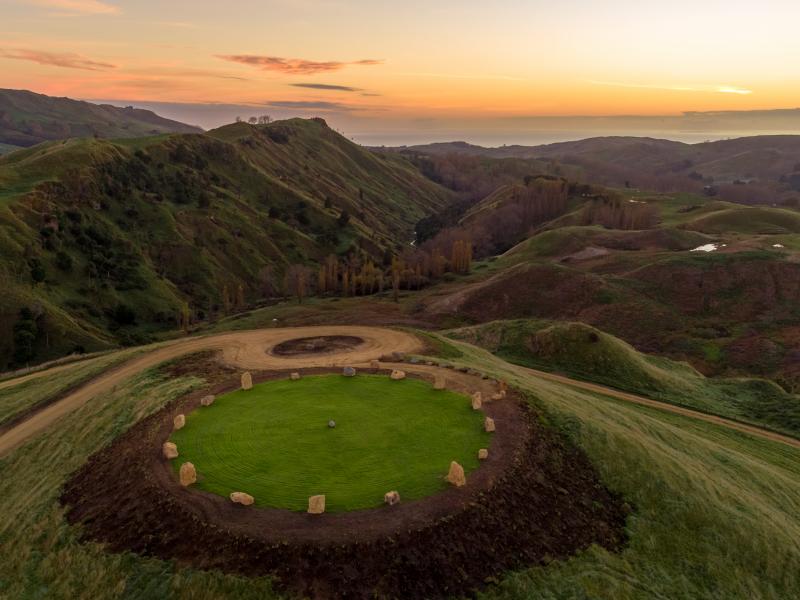 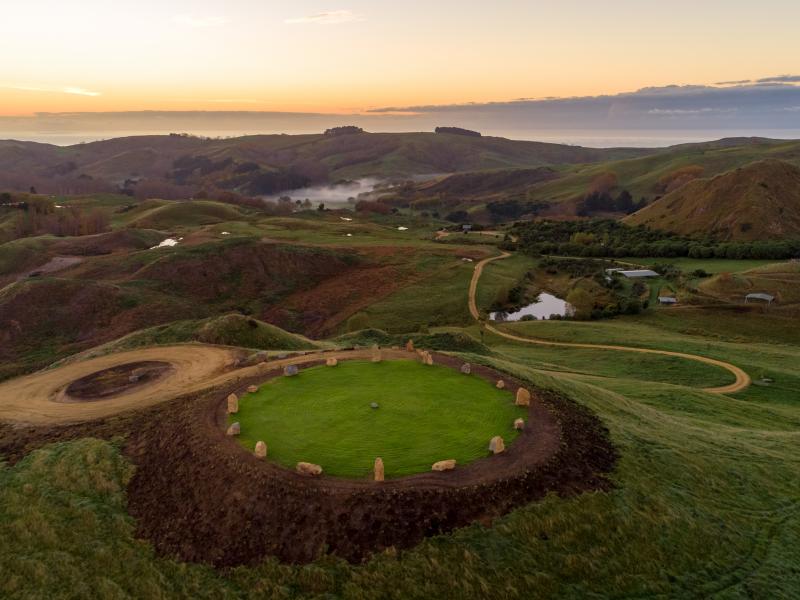