Friends – The Musical Parody have today announced that they are postponing their near sold out 2020 tour & have secured new dates for 2021 and added extra shows. All tickets remain valid for the new dates.

The tour will now take place in September and October 2021 and they look forward to bringing some joy back to New Zealand once these dark days are over.

Patrons don’t need to do anything. Please just hold onto your tickets. They remain valid for the new dates and nearer the time venues will send out an email to ticket holders with any updates.

Show info
So, no one told you life was gonna be this way, nor did they tell you about the hilarious new musical that lovingly lampoons one of TV’s all-time greatest shows in the hit New York and Las Vegas show Friends! The Musical Parody.

Friends! The Musical Parody will be there for you in 2021 as it tours New Zealand for the first time. I mean, isn’t that just kick-you-in-the-crotch-spit-on-your-neck fantastic?

Friends! The Musical Parody is an hilarious good-hearted romp through our favourite moments from the hit TV show in an uncensored, hilarious, fast-paced, music-filled production.

Now it’s your chance to be part of the next chapter in the Friends saga. It’s the cliff hanger episode. The one you don’t want to miss! Once you see it, Friends! The Musical Parody will make your day, your week, your month, or even your year! 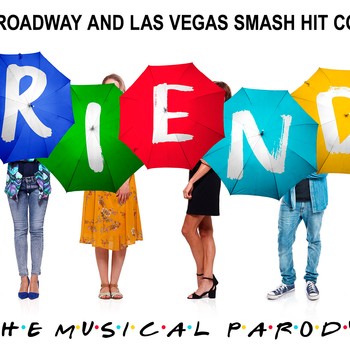 Buy Tickets
Friends! The Musical Parody: POSTPONED Friends – The Musical Parody have today announced that they are postponing their near sold out 2020 tour & have secured new dates for 2021 and added extra shows. All tickets remain valid for the new dates.