Icelandic filmmaker Hlynur Pálmason follows up A White, White Day (NZIFF 2019) with this stunning historical epic which recalls the grandeur and madness of Herzog at his best.

“A young priest travels from Denmark to Iceland in the late 19th century, where his mission is mocked by nature and by the corruptibility of his faith in Hlynur Pálmason’s striking elemental epic…

In Godland, man’s ambitions, even in relation to matters as seemingly pure as faith and spirituality, are revealed to be fragile, small, and helpless against the omnipotent forces of an unforgiving natural world. Those themes suggest a film of brooding portentousness, and this transfixing drama is certainly austere. But there’s also a marvellously odd vein of sneaky humour running through it, along with an unpredictability that keeps you glued…

This is a highly original work that goes beyond its theological aspects to explore more universal questions of mankind and our evanescent place in the world. Even its images of death hit differently, notably in some stunning time-lapse sequences that show flesh and bone being absorbed into the landscape. Godland is many things, not least of them a contemplative correlative to The Northman…

Pálmason’s control over this challenging material never falters throughout the film’s epic length, deftly dropping in moments of surprising lightness to alleviate the dark… This knockout drama represents a considerable leap in maturity and ambition that merits commensurate attention.” — David Rooney, Hollywood Reporter 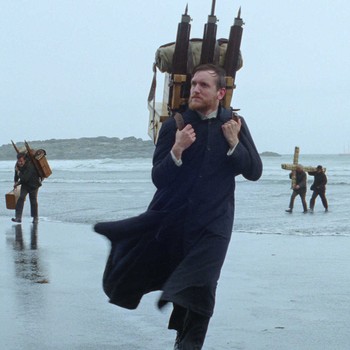