Surf's Up in Hawke's Bay

With a mix of well-known waves and hidden gems, easy to access river bars and remote shore breaks accessed through classic New Zealand countryside, Hawke’s Bay may well be one of the most underrated surfing destinations in the country.

From Mahia in the north – the stomping ground of former CT surfer Ricardo Christie – to the city breaks of Napier, Waimarama Beach and through to Porangahau in the south, Hawke’s Bay offers a diverse range of waves.

Swell rolls in from various directions with offshore winds typically from the south/south-west, however if you arrive on a day when the sea is quiet, Bay Skate in Napier or a visit to one of region’s craft breweries make for a pretty good plan B.

Here’s a north to south journey of some of region’s best offerings:

Mahia has called to surfers for decades. The exposed peninsula gets its fair share of storms and swell, so if you’re prepared to canvas the coast, you’re almost guaranteed a wave.

Blacks opens up on your right as you drive towards Mahia township. Revered by many for wave quality and size, Blacks offers a consistent right on a south swell, however is recommended for experienced surfers and strong swimmers only.

Beginners and long boarders will enjoy Opoutama. While the breaks vary as sand bars move, Oputama is a great learners’ wave, which is at its finest during smaller swells. Mahanga Beach, situated on the opposite side of the peninsula, fires on an easterly swell. With several breaks – both beach and point – on offer, Mahanga is a favourite of locals.

With plenty more breaks to be discovered, Mahia is a well-recognised mecca for surfers; however, it is close knit community, so respect the locals and don’t drop in. 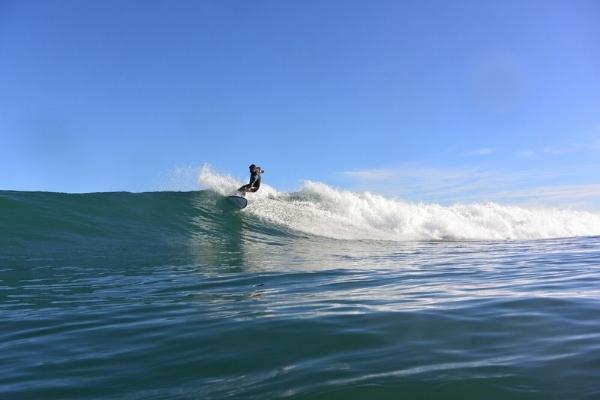 If you’re travelling south from Mahia, hang a left off State Highway 2 about 30mins out of Napier for a classic beach break. At the end of a long winding road, Waipatiki Beach awaits, featuring good left and right beach breaks. While not the best on larger swells, Waipatiki is often uncrowded and an option for surfers of all levels. 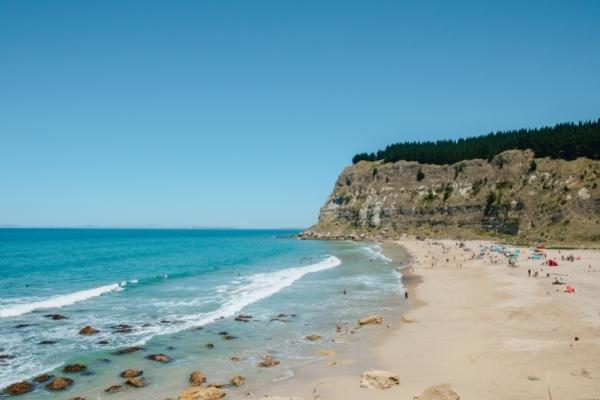 Westshore Beach, Perfume Point and Hardinge Road are all easy fun breaks based around the coastal suburbs of Westshore and Ahuriri.

While Westshore can be inconsistent, Perfume Point is a reliable mellow ride – paddle out without getting your hair wet and start your day here. Hardinge Road delivers long rides off a righthand point, which features well during east-northeast swells. And, with world class eateries nearby, Hardinge Road is nicely paired with coffee after dawn patrol or a cold one later in the day. 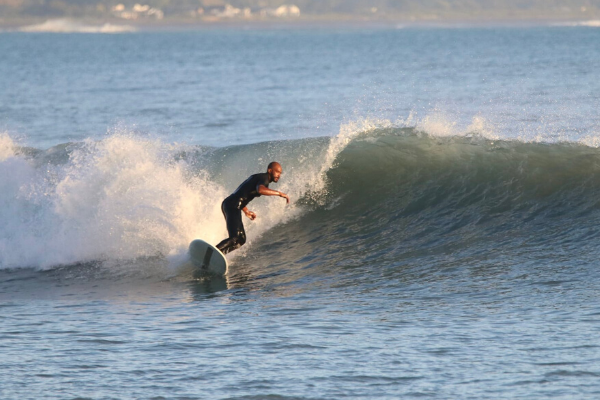 Follow the coast south and you’ll come across the seaside towns of Te Awanga & Haumoana. While the Tukituki River Mouth in Haumoana will throw up a grunty bar break in perfect conditions, you’re best bet is to continue on to Te Awanga and follow the cars. This line up gets crowded, but there’s a good reason for it. A mellow, fun right hand point break offers a lot on a southeast swell. Perfect wave for longboarders but suits surfers of all levels. When you’ve finished in the water, simply cross the road to visit some of the region’s leading wineries. 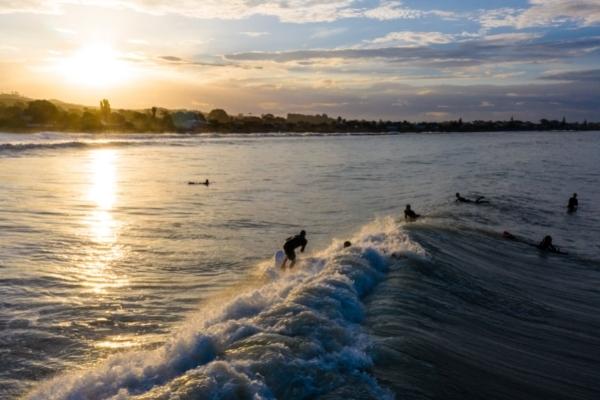 Southeast of Havelock North, head cross country to two of Hawke’s Bay’s most famous breaks- Ocean Beach and Waimarama. Ocean Beach is a long, white sand beach with a range of sand bar breaks all the way along; so while the line up gets busy when its pumping, there’s plenty of waves to go around.

Waimarama Beach is offers a classic beach break, making it a long standing favourite for Hawke’s Bay locals. Excellent on eastern swells and hitting best at mid tide, Waimarama is a hot spot for surfers, as well as swimmers, beach goers and tourists during summer. Thankfully, some of the best waves here come through in winter when you’re more likely to have it to yourself – just make sure you pack the right wetty!

Both beaches have summer holiday life guards on duty, making them an excellent option for the whole family. 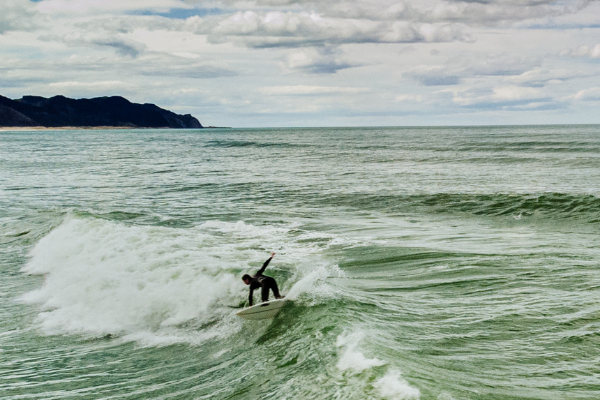 Ocean Beach is a popular spot for surfers, photograph by Michael Farr

With six beaches, all offering different set ups, Central Hawke’s Bay is a great hunting ground for surfers. Mostly you’ll find the beaches quiet and the line ups empty, so if you have the time then its worth the drive south.

Starting with Kairakau and heading south through Pourerere and Aramoana, you’ll find potential around each corner. Blackhead Beach is well known among surfers during the winter, while Porangahau’s Te Paerahi Beach can expose tidy little beach breaks after a storm. 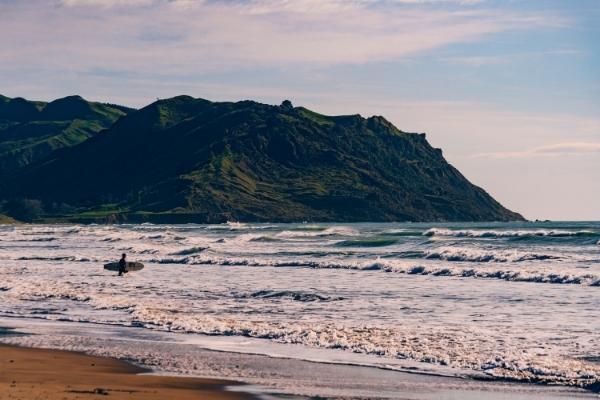 Kairakau beach is just one of many great beaches in Central Hawke's Bay, photograph by Michael Farr

Surf's Up in Hawke's Bay