Cape Kidnappers | Te Kauwae-a-Māui is a craggy, but stunning peninsula that is ever-present to life in Hawke’s Bay.

Originally known as Te Kauwae-a-Māui (the jawbone of Māui), it takes its name from the story of Māui fishing up the North Island of New Zealand (Te Ika-a-Māui), using his grandmother's jawbone as his hook. The curve of the cape represents the hook, while another name for the wider Hawke’s Bay region area is Te Matau-a-Māui (the fish hook of Māui).

Cape Kidnappers would later be named as such in commemoration of an incident during Captain Cook’s 1769 voyage when Māori traders are said to have seized Cook’s Tahitian cabin boy who they thought was being held against his will. When Cook’s men fired on the Māori canoe, the cabin boy escaped and returned to the ship.

Now, the iconic pale cliffs of Cape Kidnappers | Te Kauwae-a-Māui make for iconic viewing along the full length of the bay and from Marine Parade in Napier, and are especially eye-catching in the late afternoon sun.

Visitors can get within a few feet of the world’s largest, most accessible mainland gannet colony which is at the top of the Cape’s sheer and barren cliffs. Take an overland tour experience with Gannet Safaris Overland where you will travel in 4x4 vehicles across pristine coastline, working farmland, through native bush and to New Zealand’s largest privately-owned nature reserve.

Viewing the gannets is possible from September to April before the gannets migrate to warmer climates.

Experienced walkers can traverse the coastline from Clifton to the Cape. This is considered a ‘back country’ track and it is critical to check tide times and review latest hazard warnings, including the risk of landslides and rockfall. Always check the Department of Conservation’s website for more information about track maintenance and/or closures.

The area is home to the par 71, Tom Doak-designed Cape Kidnappers Golf Course. The course, 140m above sea level, is consistently ranked among the world's best courses. 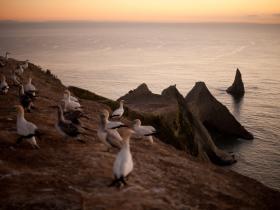 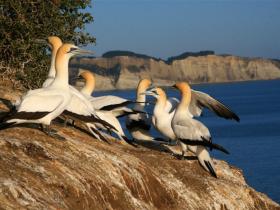 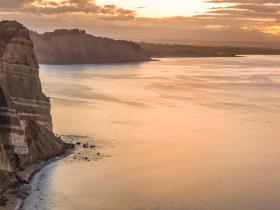 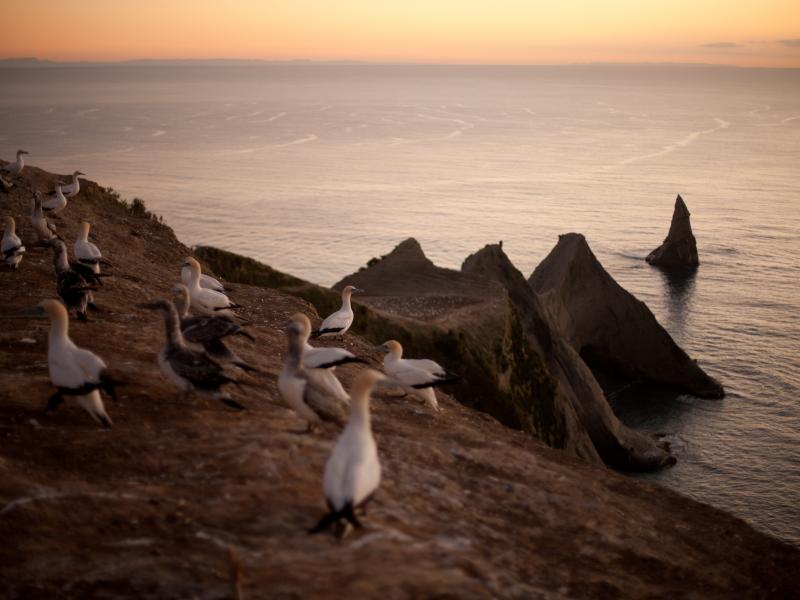 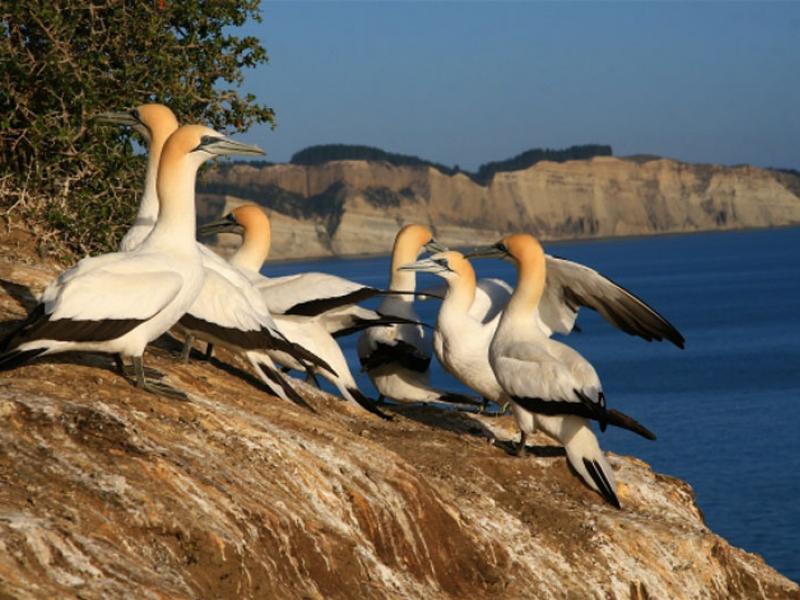 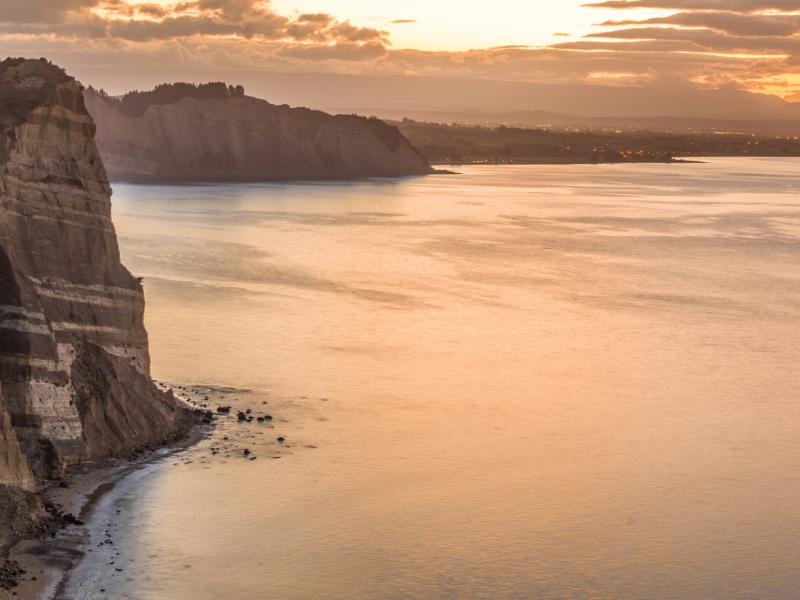