This staggering, fly-on-the-wall portrait of the charismatic anti-corruption activist Alexei Navalny, filmed in secret following an assassination attempt on his life, is one of the year’s most electrifying films.

Direct to-the-camera interviews with Navalny and his inner circle, including his courageous wife Yulia, Christo Grozev, a Bulgarian investigative journalist from the group Bellingcat, and Maria Pevchikh, the head investigator for Navalny’s Anti-Corruption Foundation, Navalny’s own investigative videos and one astounding prank phone call offer an overview of an extraordinary figure.

“Navalny… details in cogent, stressful, riveting fashion just how scared the Kremlin is of Navalny, arguably the biggest threat to Vladimir Putin’s power at home. The bulk of the film… is embedded with Navalny and his close team in their Black Forest hideout during the second half of 2020, as they unravel the assassination plot against him and prepare to go public with explosive findings… Navalny is a feast of evermore unbelievable details and a window into a movement against a state of increasingly boldfaced, demeaning lies.” — Adrian Horton, The Guardian

“[The film] draws out [Navalny’s] charisma in interviews, highlighting his leadership skills and the perilous place occupied by anyone who publicly opposes Putin in a way that makes it relatable and harrowing. There’s a poignant tragedy to the final scenes of Navalny that feels more pronounced… because of what’s now happening in Ukraine. Even after everything that Alexei Navalny exposed, he’s still behind bars… Navalny is a film that can’t find justice for its subject. But it can expose the truth.” — Brian Tallerico, RogerEbert.com 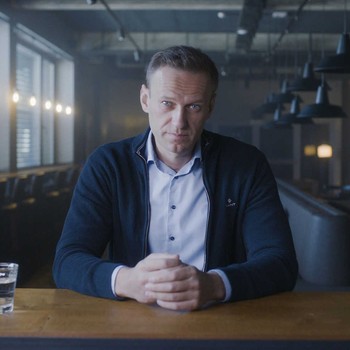 Buy Tickets
Whānau Mārama: NZ International Film Festival; Navalny This staggering, fly-on-the-wall portrait of the charismatic anti-corruption activist Alexei Navalny, filmed in secret following an assassination attempt on his life, is one of the year’s most electrifying films.