In 19th century Macedonia, a young shapeshifting witch learns what it means to be human by inhabiting the lives of others in this one-of-a-kind feature debut from Australian-Macedonian filmmaker Goran Stolevski.

“Writer-director Goran Stolevski brings something fresh to the folk horror genre with his strikingly assured debut feature You Won’t Be Alone. The title offers the promise of something both threatening and comforting. The film is equally generous in what it delivers. Stolevski blends the supernatural with the existential to chart the multiple lives of a witch… Stolevski has directed some two dozen shorts and his experience shows in a film that feels fully realised and uncompromising. If someone had filmed a tale by the brothers Grimm with the sensibility of Terrence Malick it might look a lot like You Won’t Be Alone.” — Allan Hunter, Screendaily

“Set in Macedonia in the 19th century, this film… isn’t so much a horror story about a witch terrorizing a series of villages as it is an autopsy of a lonely being trying to understand humanity. Based on regional folklore, the tale follows a shapeshifting entity who embodies a series of different characters (played by an ensemble cast including Noomi Rapace) and narrates her observations and thoughts in halting, affecting asides. Stolevski treats every frame with a gentle touch, creating a contemplative – and spellbinding – study of the human condition through the eyes of an unconventional subject.” — Shirley Li, The Atlantic 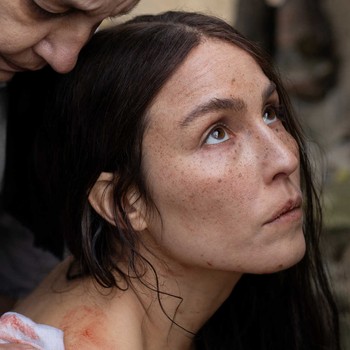 Buy Tickets
Whānau Mārama: NZ Int. Film Festival; You Won't be Alone In 19th century Macedonia, a young shapeshifting witch learns what it means to be human by inhabiting the lives of others in this one-of-a-kind feature debut from Australian-Macedonian filmmaker Goran Stolevski.