The Veils ...And Out Of The Void Came Love Tour

The Veils ...And Out Of The Void Came Love Tour

It’s been seven strange years since The Veils’ last studio album Total Depravity, and Finn Andrews has a new double LP to show for it. …And Out Of The Void Came Love is the result of this tumultuous period of injury, isolation and new life. Released worldwide on March 3, 2023 and celebrated on tour in New Zealand soon after.

Undertow is the ethereal first single released from the new album. A beautiful and unmistakably Veils track, but showing the chasm of space and time that has passed, and the changes the band, Andrews and the world have undergone since The Veils last release.

“In the year before I started writing this album, I really didn't think I'd ever write another album again. I was done. I'd irreparably broken my wrist on stage, we didn't have a label anymore - it all added up to a pretty overwhelming sense that the time had come to hang up my big stupid hat. Then this song came shimmying down the drainpipe, and it really seemed to be willing me to carry on. It is, embarrassingly enough, a song about writing songs, written at what I admit was a pretty low ebb for me emotionally. Both my parents are writers, and though I am grateful to it for the life it continues to afford me, it is a complex genetic inheritance. So yeah, it's kinda a song about that. "All it takes is all my love" - that sums the whole strange enterprise up for me nicely.”

Released worldwide on NYC based label Ba Da Bing Records, and in Aotearoa by Banished From The Universe … And Out Of The Void Came Love is an album intended to be listened to in two sittings with a short break in the middle. Or as Andrews instructs: “Make a coffee or smoke a cigarette – but don’t mow the lawn or go to the movies or something, that takes too long.”

Composer Victoria Kelly’s soaring string arrangements play an integral role in bringing the songs to life, as do musicians Cass Basil (bass), Dan Raishbrook (lap steel, guitar), Liam Gerrard (piano), Joseph McCallum (drums) the NZTrio, and special guests the Smoke Fairies on backing vocals.
The album artwork centres around a 17th century etching of the annunciation by Francesco Mazzola, corrupted by artist and keyboardist Liam Gerrard to show the figure transmogrifying into a blackhole with the force of divine love. 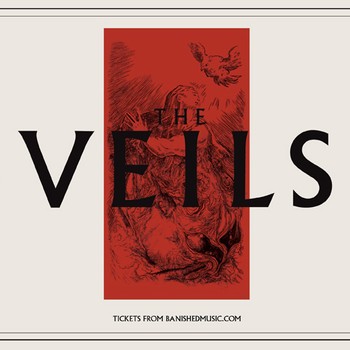