Grab your picnic & your pals, and come to watch a movie under the summer skies at one of our three beautiful outdoor Hawke's Bay locations!

Synopsis
Tom Cruise. Top Gun. Monumental jet fighter action on Picnic Cinema’s massive screen. Do we need to say more? After more than thirty years of service as one of the Navy’s top aviators, Pete “Maverick” Mitchell (Tom Cruise) is where he belongs, pushing the envelope as a courageous test pilot and dodging the advancement in rank that would ground him. When he finds himself training a detachment of Top Gun graduates for a specialised mission the likes of which no living pilot has ever seen, Maverick encounters Lt. Bradley Bradshaw (Miles Teller), call sign: “Rooster,” the son of Maverick’s late friend and Radar Intercept Officer Lt. Nick Bradshaw, aka “Goose”. Facing an uncertain future and confronting the ghosts of his past, Maverick is drawn into a confrontation with his own deepest fears, culminating in a mission that demands the ultimate sacrifice from those who will be chosen to fly it.

Reviews
“A summer blockbuster of the old school, with rust-bucket F-14s duking it out with young pups in F-18s, all shot on celluloid rather than sketched in by computers, at the behest of a star who refuses to quit.” The Times (UK)

“As the jets cut through the atmosphere and brush their target soils in close-shave movements—all coherently edited by Eddie Hamilton — the sensation they generate feels miraculous and worthy of the biggest screen one can possibly find.” Rogerebert.com 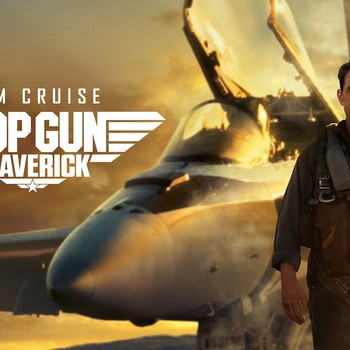 Buy Tickets
Picnic Cinema Outdoor Movies: Top Gun - Maverick Grab your picnic & your pals, and come to watch a movie under the summer skies at one of our three beautiful outdoor Hawke's Bay locations!