Tracing the story of one of our more complex characters, this layered portrait re-examines the exploits of influential outsider, Dutch immigrant artist Theo Schoon, told in his own words and through first-hand accounts.

"Filmmaker and art historian Luit Bieringa (Ans Westra: Private Journeys/Public Signposts NZIFF 2006, The Man in the Hat NZIFF 2009 and The heART of the Matter NZIFF 2016) pieces together the tale of Theo Schoon from historic archive footage, photos and audio recordings, underpinned by his own encounters and correspondence with this mercurial artist, as well as conversations with contemporaries.

Raised in Indonesia, Schoon grew up appreciating the country’s indigenous culture more than the trappings of his Dutch colonial upbringing. Art training in Europe gave him first-hand experience of the progressive Bauhaus movement, bringing a fresh eye at a time when Modernism was emerging in Aotearoa. When he arrived in conservative, mid-century New Zealand in 1939, he might as well have landed from another planet.

Until recently, Schoon has been an enigmatic presence, appearing in the stories of other artists but seldom taking the spotlight. Infamously itinerant, he didn’t sustain many long-term friendships; nor did he sit still creatively, moving from one project to another, picking up odd jobs and having little interest in career-building public activities like exhibitions.

Schoon crossed paths with the likes of Rita Angus, Colin McCahon, Len Castle, Helen Mason and, significantly, Gordon Walters, but his most powerful encounters were with Māori culture. From his work to preserve historic cave paintings, to his exploration of koru and kowhaiwhai, his revival of hue (gourd) growing and work with pounamu carving, he unapologetically traced a maverick path towards a legacy that remains controversial and relevant today. — Andrew Clifford" 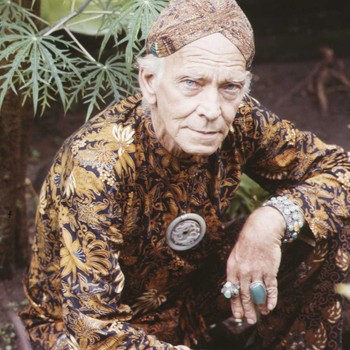 Buy Tickets
NZIFF: Signed, Theo Schoon Tracing the story of one of our more complex characters, this layered portrait re-examines the exploits of influential outsider, Dutch immigrant artist Theo Schoon, told in his own words and through first-hand accounts.