"Crackling with energy and outbreaks of exuberant lip syncing, riotously funny at times and quietly devastating at others, the phenomenal feature debut from Panah Panahi looks set to be one of the major discoveries of this year’s Cannes. A road trip in a borrowed car: a father laid up with a leg in plaster, a mother laughing through tears, a young child rattling around the vehicle’s interior like an errant firework. And an adult son who says nothing, his eyes fixed on the road ahead. From these basic ingredients, Panahi crafts a vibrantly humane and utterly relatable portrait of a family at a crossroads…

Panahi demonstrates a complete mastery of tricky tonal shifts: a very funny moment involving a cyclist is followed by a veiled heart to heart between the parents which gives some indication of the gravity of the journey; a breathtaking wide shot, in which the single most important and emotionally wrenching event of the film plays out, is followed by a wondrous moment of fantasy which combines an homage to 2001 with a comic riff about Batman’s bashed-up batmobile. Thrillingly inventive, satisfyingly textured and infused with warmth and humanity, this is a triumph.” — Wendy Ide, Screendaily

“With a touch on the pedal so light you don’t even feel the woosh, Panah Panahi… goes instantaneously from zero to 60 with his debut feature… its 93 minutes whip by so airily, it’s possible not to realize how much you’ve learned to love the family whose road trip you’ve shared in, until the credits roll and you immediately start to miss them.” — Jessica Kiang, Variety" 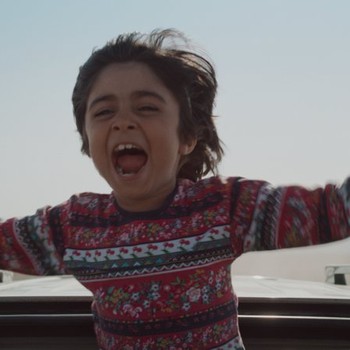