DejaBlue is a 5 piece band from Hawke’s Bay with a repertoire selected from all niches of the wider Blues genre, catering to all tastes from Blues, RnB, to Soul/Rock. The band has been together for 5 years and is made up of a team of long-term Hawkes Bay musicians who have been playing in bands for most of their lives – locally, nationally and internationally.

Fatt Max
Originally from London, Mark “Fatt Max” Hill has been making noise in New Zealand since 1998. Playing a mixture of covers and original blues tunes, Max loves to perform in front of audiences everywhere. Says Max, “blues is so much more than a genre, it is a way of life, a sense of expression and belonging.” His current album ‘Deltalectric’ has been getting positive reviews worldwide, however his dress sense is somewhat of a concern. At times hilarious and outrageous, but self-deprecating – he will have your feet stomping and your sides splitting. Max is joined by local legend Ian Turbitt on blues-harp.

DejaBlue and Fatt Max met at the Bay Of Islands Jazz & Blues Festival 2022; they fell in love and the rest, as they say, is history 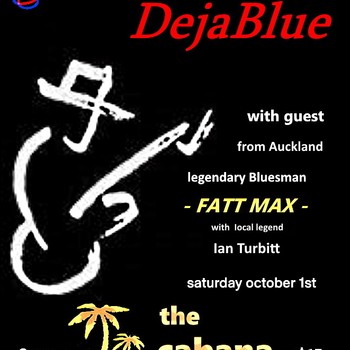 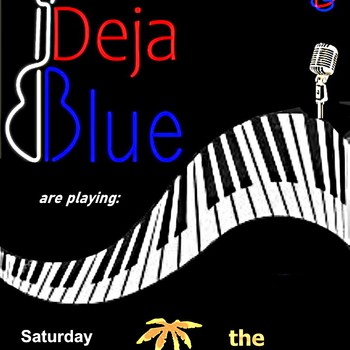