This park was first created as the equivalent of the English village green in 1854, and Napier’s first cricket and football matches were played there. In 1886, the first steps were taken to transform this space into the wonderful garden we see today.  The square was enclosed with white picket fencing and gates stood at the corner entrances, trees and shrubs were planted around the boundary and seating was erected to face the large central band rotunda.

Today, the parks flora and fauna has flourished, and boasts some interesting and unusual trees and plants: Prickly Cycads, Moreton Bay Fig, Petticoat Palms, and Bottle Palms just to name a few. A large pond, topped in floating lilies sits in the centre of the square, and houses the cities pets, large goldfish.  Immaculately kept, the lawns are the perfect spot to take a picnic.  You can listen to the selection of melodies the Centennial Carillion plays every half hour from 11:30am-2pm.

Next to Clive Square sits the ‘Memorial Square’, a name given in 1921, when the Cenotaph was built to commemorate the fallen soldiers of World War 1. A simple landscape, it includes the Community Rooms, known as Mothers’ Rest, designed by Napier architect Louis Hay in 1925.

Follow the towering palm trees west through the CBD and you will find these historic inner-city gardens at the end of Emerson Street.

A fantastic way to start your weekend with hot coffee and a fresh pastry while shopping for local produce and artisan goods. 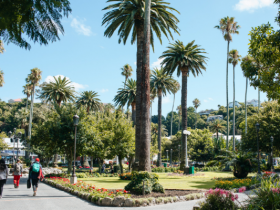 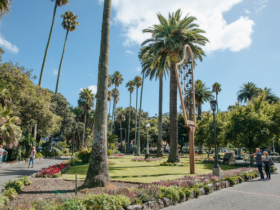 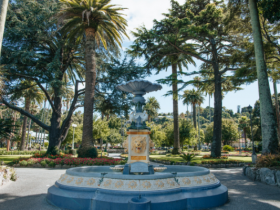 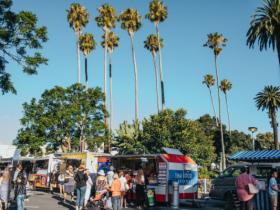 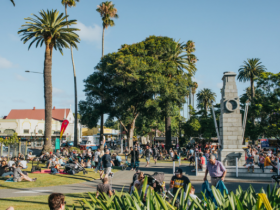 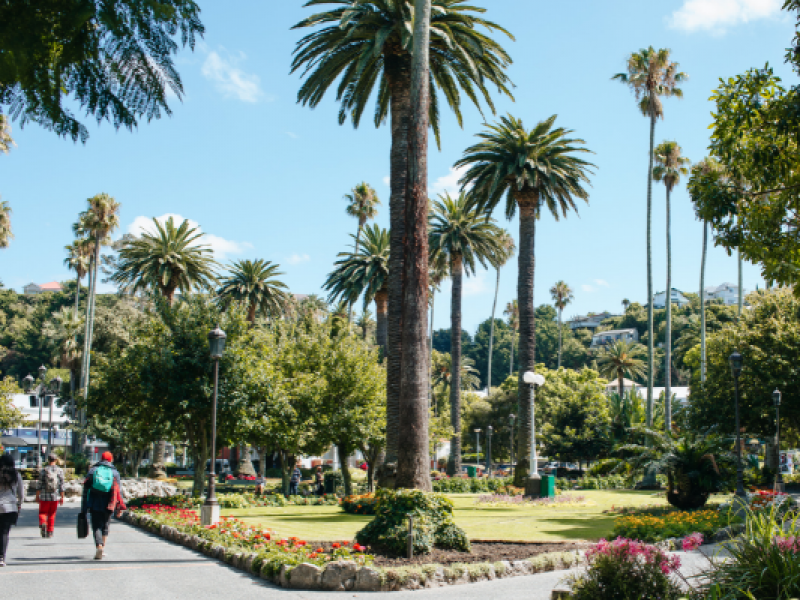 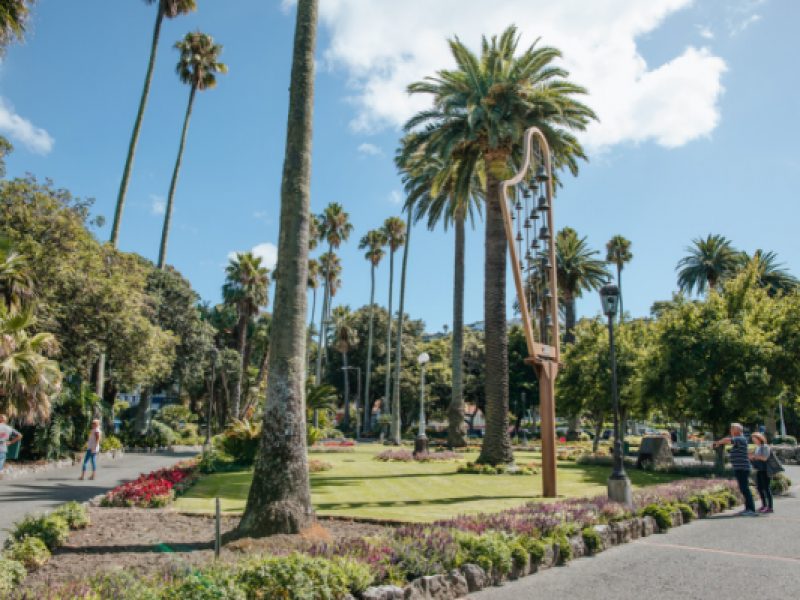 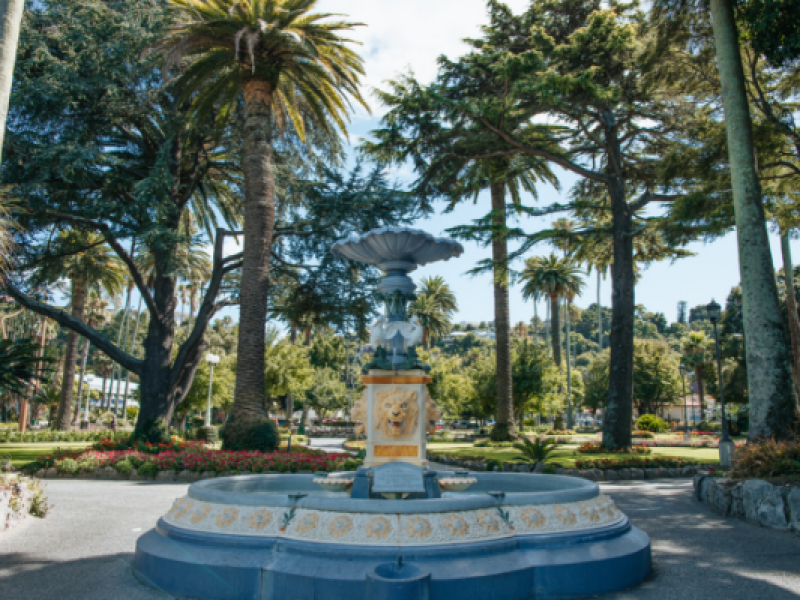 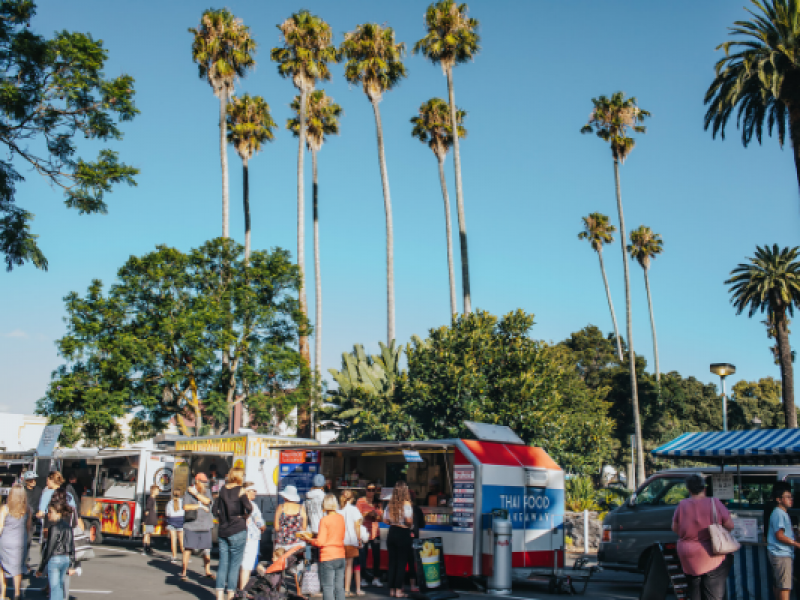 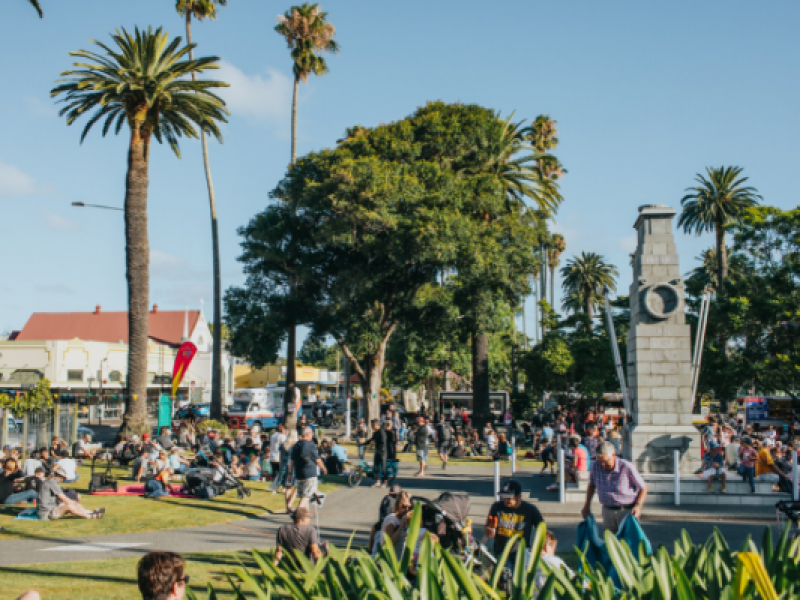