Napier has a well-established Maori history. When the Ngati Kahungunu party of Taraia reached the district, now known as Napier, the Whatumamoa, Rangitane and the Ngati Awa and elements of the Ngati Tara existed in the areas of Petane, Te Whanganui-a-Orotu and Waiohiki. Later the Ngati Kahungunu became the dominant force from Poverty Bay to Wellington, and were one of the first Maori tribes to come in contact with European settlers.

Napier was first sighted by Europeans in October 1769, when Captain Cook sailed down the east coast of the North Island. Later, traders, whalers and missionaries were the forerunners of permanent residency here, and in the 1850's farmers and hotel keepers arrived.

The Crown purchased the Ahuriri block (including the site of Napier) in 1851, and in 1854 Mr Alfred Domett was appointed Commissioner of Crown Lands and Resident Magistrate at Ahuriri. A plan was prepared and the town named Napier, after Sir Charles Napier, the hero of the Battle of Meeanee in the Indian province of Scinde. Domett named many of the streets in this settlement to commemorate the great colonial era of the British Indian Empire. He also displayed his own literary preferences by naming streets after famous artists and literary figures

Napier soon flourished though, and became a well-established commercial centre with a growing port, servicing a wide area.

At 10.47am on Tuesday 3 February 1931, Napier suffered a disastrous earthquake. The quake shook Napier for two and a half minutes, and impacted most of the Hawke's Bay district.

The earthquake rocked the town, almost totally levelling all buildings in the inner city. 258 lives were lost across the the Hawke's Bay area, including 162 in Napier. The earthquake raised some areas of land by as much as 8 feet, meaning some 4,000 hectares of sea-bed became dry land. Today this land sites not only the airport, but also residential and industrial property developments.

The extensive rebuilding that took place in the 1930's is the reason for the Art Deco flavour in the City, with Art Deco architecture chosen for its simplicity, beauty, and most importantly, for its strength. 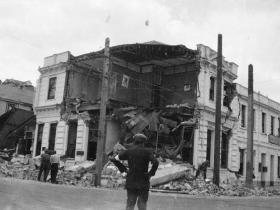 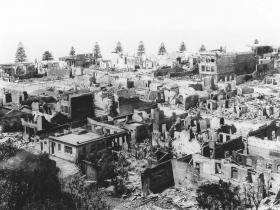 Napier after the 1931 Earthquake 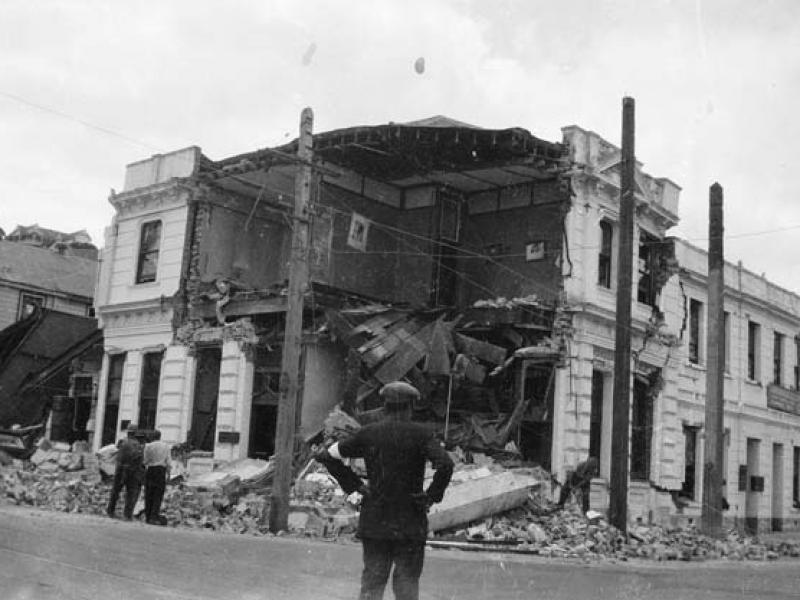 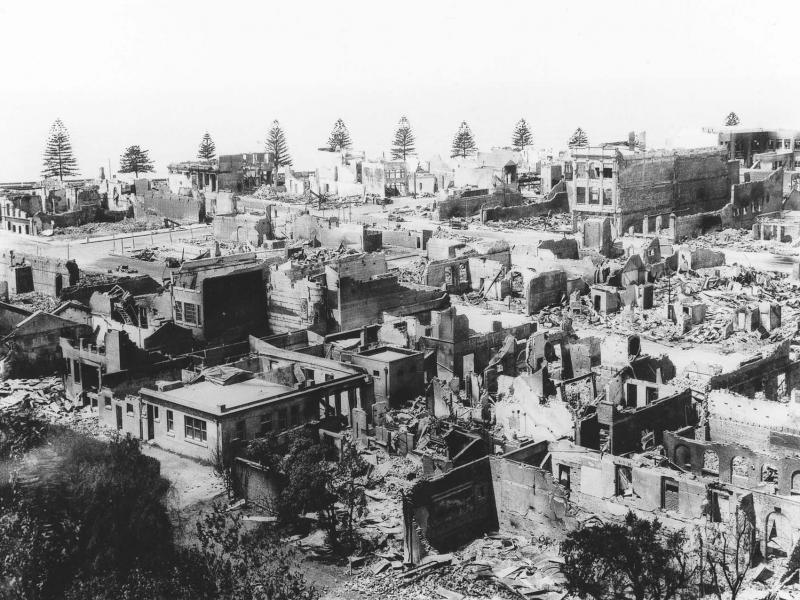