Founded in 1981, Wild is one of Australia’s longest continuously running magazines. It is a rare example of longevity in the publishing world, where—thanks to a substantially altered media landscape, economic downturns, and a global pandemic—many publications have over the decades disappeared or have been sold to foreign interests. Wild, however, has stood the test of time, and remains Australian-owned.

Wild’s endurance is a result of it being no ordinary magazine. Since its establishment, Wild has been the inspiring and ethical voice of the Australian outdoors. It is a magazine of self-reliance and challenge and sometimes doing it tough. And over its four decades of existence, Wild has actively and fiercely fought for the environment. Campaigning to protect our wild places is part of the magazine’s DNA.

The WILD FILM FESTIVAL celebrates this history through a selection of 8 short films that are inspired by Wild’s core themes of ADVENTURE - CONSERVATION - WILDERNESS. Many of the films featured in the festival have been made by contributors to Wild Magazine and focus on its core themes: Adventure - Wilderness - Conservation. 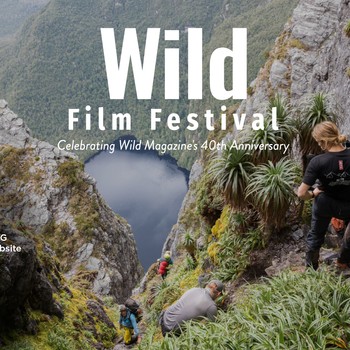