Sharing the Grand Prix at Cannes this year, Claire Denis’s newest film (and second this year) is a steamy tropical reverie starring Margaret Qualley as a journalist moonlighting as a sex worker, who is stranded in Nicaragua and sees a handsome English businessman (played by Joe Alwyn) as her chance to escape.

Qualley, best known for playing Once Upon a Time in Hollywood’s young hippie Pussycat, is a revelation here, teasing out her character’s flaws to the point where they become addictive to watch, and imbuing her with a sometimes-nervy, sometimes-forlorn physicality that recalls a young Juliette Binoche. Many of the film’s best early passages consist of little more than watching her walk the streets of Managua to a lazily eddying improvised jazz score – perhaps Denis’s Central American riff on the famous Paris-by-night scenes in Lift to the Scaffold… Denis has crafted a film that syncs your heartbeat to its own intoxicating rhythms: a full-body immersion in uneasy pleasures.” – Robbie Collin, The Telegraph 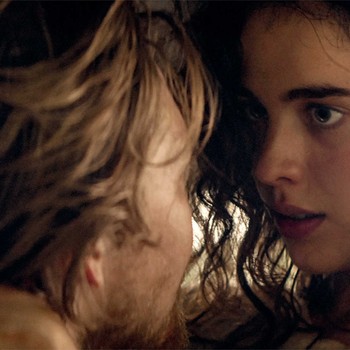