Ngā Whanaunga is a competitive section of the Festival and films are eligible for the Wellington UNESCO City of Film Award for Best Film ($3000 cash prize), as judged by a jury. Audience members at Auckland and Wellington screenings will also vote for the winner of the Letterboxd Audience Award, a cash prize of $1000.

“Every year the Ngā Whanaunga Māori Pasifika collection of short films showcases both emerging talent and those at the top of their game working towards a first feature. This year is no exception, with filmmakers of New Zealand Māori, Tongan, Samoan and Cook Island origins. We are excited to present this year’s collection, diverse in genre – drama, thriller, sci-fi, experimental – and diverse in viewpoint. Mauri Ora!” — Leo Koziol 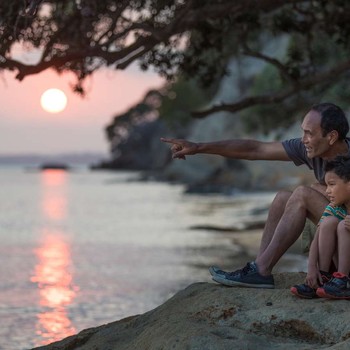