This Town – a comedy film, shot in Central Hawke’s Bay about love, murder and finding the one.

Written, directed and starring, Hawke’s Bay’s own, David White will be screening in the Opera House at Toitoi - Hawke’s Bay Arts and Event’s Centre in Hastings on Saturday 22nd of August, from 8.15pm.

This special screening is organised by Eastern Screen Alliance, the regional film office working to promote Hawke’s Bay to the world as a film-friendly destination.

Come along to the beautifully restored Opera House at Toitoi from 7.30pm to grab a drink. At 8.00pm the Eastern Screen Alliance Manager, Patrick Sherratt will explain what is happening in the screen industry, then hear from David White, the creator, about the making of ‘This Town’.

From 8.15 onwards, you can sit back and relax as the film entertains us for 91-minutes while we have fun spotting the familiar locations around our beautiful region! 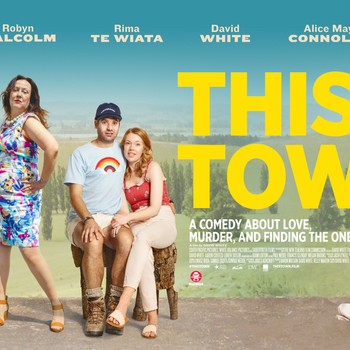 Buy Tickets
This Town - Film Night This Town – a comedy film, shot in Central Hawke’s Bay about love, murder and finding the one.