Auckland four-piece Racing return with new single "Flashbacks", and a tour to celebrate the song being released to the world, and the band being released from lockdown.

Icy disco-guitar licks float effortlessly over a hotel bed of crunchy drums and funk-soaked bass lines, the band says, “If a rock and roll band grew up in Ibiza, they might sound something like this”.

"Flashbacks" was recorded at The Lab Studios in Auckland, mixed by Dave Eringa (UK) and Mastered by Brian Lucey (US). It is the first single from their second album, which is due for release later in 2020. Racing emerge fresh from the studio where they have been working on the follow up to 2019's Real Dancing which featured the singles Motel Pool, Run Wild, The Bass and others.

Racing take rock and roll and inject it with a chemical haze so potent the listener is left both pleased and punished. Once likened to “the thoughts of a crocodile in flood season”, Racing crafts a swirling sea of groove and hypnosis into rock anthems drenched in weird tropical dance music.

Their live show is unmissable. 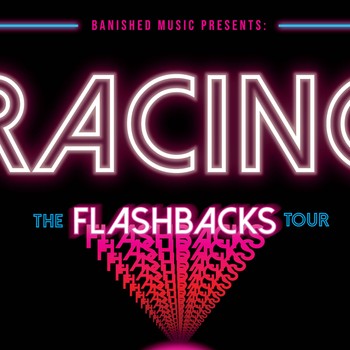 Buy Tickets
Racing - The Flashbacks Tour, Napier Auckland four-piece Racing return with new single "Flashbacks", and a tour to celebrate the song being released to the world, and the band being released from lockdown.