Please note, all visitors to the Gallery from 10am-1pm on this day will need their Ministry of Health-issued My Vaccine Pass scanned before entry.

As part of The Path, award-winning filmmaker Peter Day will talk about his practice along with a screening of the In Search of Da Cat documentary film. In Search of Da Cat is about infamous surfer, Mickey Dora. Mickey Dora is personified as the rebel-surfer; inspiring a generation to defy convention and take on that wave – but Dora was also a mystery and tangle of contradictions.

Peter Day
I was 5 when the hook went in. A re-run of Gidget in the Napier Odeon mid-60s was my first image of surfing. The main surf double in Gidget and many other surfploitation movies of the era was the infamous surfer, Mickey Dora. I didn’t know it then, but Dora has a habit of turning up in your life when you least expect it. As a wide-eyed grommet I used to be in awe of the Dick Brewer rhino chasers that would occasionally be for sale in The House of Surfboards Gisborne. Years later I found out that the boards were the return tickets for the US surfers who had been out to visit Mickey Dora at his bolthole in Mahia, where he was on the run.

In the nineties after a surf trip to the south west of France in a new life as a London based film maker, I pitched a surf theme evening to French TV, which In Search of Da Cat was part of. The evening was set in Hossegor, the ground zero of European surf culture, and would be entirely about surfing. Later I found out that Dora had been a fugitive in Hossegor too. By now I wasn’t surprised.

Over the years I have made films about prostitutes, imams, artists and football hooligans amongst others but nothing compares to my journey into surfing’s heart of darkness, paddling down the Californian Mekong in search of da Cat. 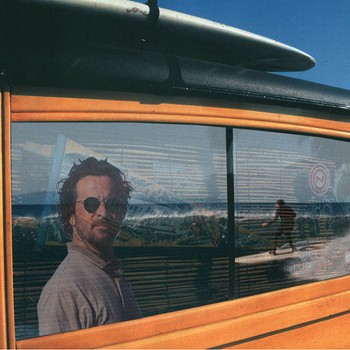 Peter Day Floor Talk & In Search of Da Cat Documentary Film Please note, all visitors to the Gallery from 10am-1pm on this day will need their Ministry of Health-issued My Vaccine Pass scanned before entry.