Follow Tilda Swinton on a strange supernatural journey into the Colombian jungle, in this hypnotic new film from the director of Uncle Boonmee Who Can Recall His Past Lives and Cemetery of Splendour.

"Apichatpong Weerasethakul (Uncle Boonmee Who Can Recall His Past Lives, NZIFF 2010) returns to feature filmmaking after six years with this singular metaphysical mystery. Tilda Swinton stars as Jessica Holland, a foreigner in Colombia who finds herself pursued by a jarring sound of unknown origin. Western medicine, indigenous folklore and even heroic feats of sound engineering seem to offer no explanation.

A series of encounters tantalise with tentative revelation: her sister has been hospitalised after investigating a reclusive Amazon tribe known as the Invisible People; an archaeologist met by chance shows her what has been found at an ancient burial site; a man she finds scaling fish in a small village claims to remember everything. But all these incidents only lead Jessica deeper into the mystery. Is she hallucinating or haunted? Or is there some even more esoteric supernatural explanation awaiting her out in the jungle?

Weerasethakul’s distinctive way of unfurling his extraordinary stories in slow, dreamlike sequences that vault the viewer into new states of awareness – or daydream – remains intact, despite the transference into distant climes and two foreign languages. We follow Jessica through a series of sharply imagined worlds as she stumbles towards an answer: a hushed and eerie university campus, vast underground tunnels, the lulling calm of a riverside reverie. Tilda Swinton has always excelled at playing the stranger in strange lands, so she is just the intrepid traveller to accompany Weerasethakul on his latest journey into terra incognita. — Andrew Langridge" 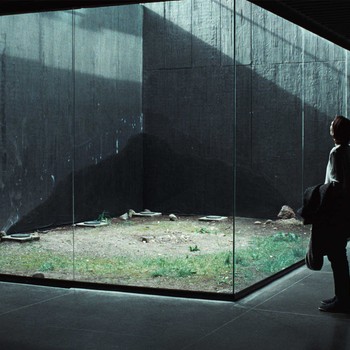 Buy Tickets
NZIFF: Memoria Follow Tilda Swinton on a strange supernatural journey into the Colombian jungle, in this hypnotic new film from the director of Uncle Boonmee Who Can Recall His Past Lives and Cemetery of Splendour.