The Studio Italia Cinema Italiano Festival warmly invites you to the screening of:

Giovanna (Cortellesi) is a plain-Jane mum, who divides her time between her boring accounting job and her daughter’s school commitments, ever the responsible parent with a humdrum life. But underneath this dull façade Giovanna is, in fact, a secret agent involved in a dangerous international mission. When a reunion with her former high school classmates, the “Fantastic Five,” reveals that all of them are suffering from the daily grind, she makes a drastic decision: her next mission will be helping the people she loves. Among extravagant disguises, hilarious situations and action set from Marrakesh to Moscow, Giovanna sets out to overturn this situation and do justice to her friends. 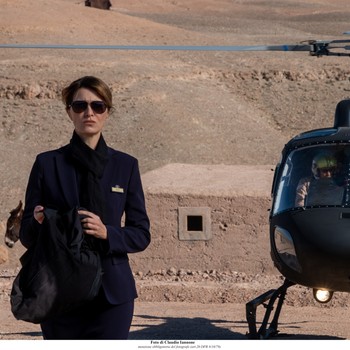