Brought to you by Edit.

In Paolo Sorrentino’s intoxicating cinematic fresco of contemporary Rome, Toni Servillo plays Jep, a long-stalled writer and wealthy bon vivant whom we first meet turning 65 in grand style. A visit from the widower of an old girlfriend provokes unexpected invigoration of his dormant creative instincts. Critics were stupefied when this astounding film left Cannes prizeless.

“A gorgeous movie, the film equivalent of a magnificent banquet composed of 78 sweet courses. It is in the classic high Italian style of Fellini’s La Dolce Vita and Antonioni’s La Notte: an aria of romantic ennui among those classes with the sophistication and leisure to appreciate it. The grande bellezza, like the grande tristezza, can mean love, or sex, or art, or death, but most of all it here means Rome, and the movie wants to drown itself in Rome’s fathomless depths of history and worldliness …

“It’s an exploration of all things surface, yes, but it has a soul too, and just as the supremely controlled and refined Jep surprises himself by crying at a funeral, so the final power of The Great Beauty surprises us too.” - Dave Calhoun, Time Out London 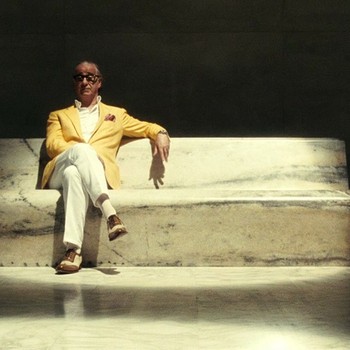