Grawlixes celebrate their sophomore album with a 10 date headline tour this July/August. The ten shows will see Grawlixes perform in intimate venues across Aotearoa, captivating audiences with a dynamic set ranging from floating atmospheric ballads to jaw-dropping rock'n'roll.

Grawlixes are an existential folk-pop band from Wellington, New Zealand, who will sear themselves in your brain with raw, wry and infectious songs about doomed relationships, not being invited to parties, and wanting to murder each other. Continuing the great lineage of artists who bring sadness to their sprightly melodies, Grawlixes’ music often deals in the melancholy with self-deprecating honesty and beautiful boy-girl harmonies, sung by co-founders Robin Cederman (Tahu & The Takahes, The Prophet Hens) and Penelope Esplin (French for Rabbits, Lake South).

Love You To Death will be released on July 15 on Home Alone Records and is available to pre-order now via Grawlixes Bandcamp.

The phenomenal album was recorded with Lee Prebble at The Surgery, in Wellington (L.A.B, Black Seeds, Trinity Roots) and mixed with producer Tom Healy (Julia Jacklin, Tiny Ruins, Finn Andrews) and mastered by Paul Gold of Salt Mastering in Brooklyn, New York (Sufjan Stevens, Grizzly Bear, Dirty Projectors). Love You To Death also features the resplendent colour palette of vibraphone, saxophones, clarinets and trumpets, with brass performances by Jake Baxendale & James Guilford. The result is lush instrumentation, captivating performances and clean intimate vocals. Grawlixes have never had more to say, nor said it more affectingly. The melodies and harmonies are lovely, the production crackles with colour, and the whole thing marks a new level of achievement. 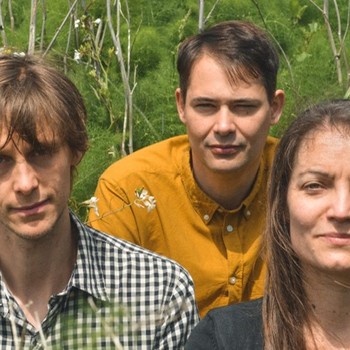