Adam McGrath is a folk singer who travels the state highways and byways of New Zealand, Australia, Europe and parts beyond, slinging songs and offering up low rent barroom philosophy.

His songs have gathered more than their share of good reviews in NZ and overseas, he's been nominated for a couple of serious music awards (including the Apra Silver Scroll), Graham Reid from the NZ herald called him 'NZ's toughest-minded songwriter’ and Barry Saunders from The Warratahs simply described him as “The Truth” while Radio New Zealand referred to him as a “National Treasure”.

With The Eastern and solo he has shared stages with and opened for Fleetwood Mac, Steve Earle, Old Crow Medicine Show, Jimmy Barnes, Paul Kelly, Rodriguez, Damien Dempsey, Jim White, Justin Townes Earle, Willie Watson, Hayes Carll and many more. But he takes the most pride in getting up and putting it down, in both small towns and big, and the joy of shaking hands and sharing beers with the folks met along the way.

His song ‘Hope and Wire’ became the inspiration for the tv3 drama series ‘Hope and Wire’ directed by Gaylene Preston, and he was noted for his community work during the Christchurch earthquake. Playing over 50 free shows for people in Christchurch as well as collating the successful Harbour Union project which included local friends Marlon Williams, Delaney Davidson and Lindon Puffin among others.

His band, The Eastern, are renowned for their ferocious roof-raising live shows and have gathered a reputation for being the country's hardest working band playing up to and beyond 200 shows a year, every year. Their latest album ‘The Territory’ was described as one of the best albums of 2014 from any band in any country by No Depression magazine.

A people’s player, he works his ass off for any audience he finds himself in front of. Through, yarns, ballads and barnstormers, he goes looking most nights of the year for that deep well of magic that threads through the humble folk song. Described as “two parts Woody Guthrie, one part revival meeting and one part group hug” a McGrath show goes straight for the spirit level in all of us. Looking deep for the heart and hoping to reach the thinking part of the brain all the while strumming his three chords like his life depended on it.

A McGrath show swings wild and raw, swelling your heart, moving your feet and going deep for your thinking muscle. Stories and songs and boundless energy, this a show to be moved by. 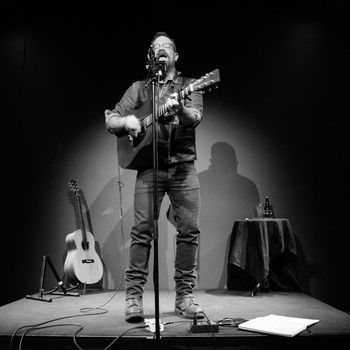 Buy Tickets
A Small Hall Session with Adam McGrath Adam McGrath is a folk singer who travels the state highways and byways of New Zealand, Australia, Europe and parts beyond, slinging songs and offering up low rent barroom philosophy.