Hawke’s Bay boasts a varied selection of golf courses to suit every player, of every level. From the sublime world-class unique masterpiece that is Cape Kidnappers, to the rurally rustic character courses like Te Pohue and Takapau, Hawke’s Bay is proving the grass is greener on the East Coast.

Martin Tasker is best known as a yachting correspondent and commentator and covers the big events like the America’s Cup, the Volvo Ocean Race and the Olympics. But he’s also an award-winning golf reporter who has been to half a dozen U.S. Opens, the British Open at St Andrews and the Masters at Augusta.

So given his credentials, we asked him to play four very different courses as a sample of what we have to offer golfers at every level. He rounded up two of his usual playing partners - Ivor Wilkins (Photography), Simon Day (Transport and Logistics), and drove down from Auckland for a four-day golfing odyssey.

Dress code can be a concern for the touring golfer on a first visit to an unfamiliar course. Not at Te Pohue. The first golfers we encountered on arrival had abandoned their shirts because they were so hot as they hacked their tortured way around this quaint and quirky little 9-holer. The two lads were having a final burst of bachelor freedom the day before one married the other’s sister. And they were incredulous that the wives of we three senior citizens – married for 35, 35 and 33 years - were allowing us four days of golf together... a light at the end of the tunnel perhaps.

They gave us some good tips like “keep your eye on the ball” which has a double meaning at Te Pohue; the player watches the ball on the tee but all of you watch its flight like a hawk to have some idea where it lands because the fairways are not exactly close-cropped. The mowers are of the four-legged variety…hence the wires around the greens…but the only sheep we saw were two models acting as markers on the fourth tee called “Donga”.

The advantage and problem with sheep is that they leave their own fertiliser as they mow which speeds the growth of the grass. It stirred memories for me of a Michael Campbell media conference at the K Club in Ireland shortly after he won the U.S. Open. Campbell hoisted his foot onto the table by the microphones and showed the international reporters how he tucked his trousers into his socks to keep the sheep-shit off, on his home course at Titahi Bay.

Back at Te Pohue there were no sheep that day although we did have a herd of deer watching us play “Paradise”, the short par 3, 6th hole. But as each of us played our shots, their numbers dwindled and they wandered off clearly unimpressed.

We had a great time and a lot of laughs, the best five bucks I’ve spent on golf. The drinks I had to buy for losing cost a whole lot more.

Tips: Leave your trundler in the car and carry a half set. If you do take a trundler…especially a 3-wheeled one, put the front wheel in a sheep track to make the pushing easier.

Recounting our Te Pohue experience raised a knowing smile from Bridge Pa professional Brett Allen. Visitors from overseas revel in the rural simplicity and the Kiwi DIY culture of the country course as well as the price. Bridge Pa, though, is also great value for money because the course is so beautifully kept thanks to green keeper Gordon Trembath. I thought the practice green outside the club was a synthetic fake because it was so immaculate and the fairways were like the proverbial carpet, so easy to play off. Which was why former club president Howard Padman was surprised that the “clean and place” rule was in force instead of “play the lie.”

Howard was joining us for the day to make up a four-ball. Maybe Brett thought the rule would make our round easier and an even better experience, along with telling us to play from the friendlier white tees. As the highest handicapper with 25, I was playing with Howard, the lowest at 8. We had a terrific scrap with Simon and Ivor that was decided by the final putt on the final hole which ensured they were buying the drinks.

After Te Puhoe, this course was luxury, a friendly challenge – the word ‘friendly’ very apt for this forward-thinking club. Friendly geology gives it an accessible water table that keeps the fairways so green, while clever use of the land with pine plantations ensures long-term revenue.

Tradition is embedded here, a reflection of a rich history going back to 1898 and marked by such contrasting symbols as the tributes to the club’s greatest player, “The “Emperor” Stuart Jones, and the old fashioned shoe brushes with Kiwi polish in the mens’ locker room. But there’s also the establishment of a junior course for people starting out which reduces the intimidation factor induced by the main set up, along with two excellent practice ranges.

No wonder this club is a regular feature in the New Zealand’s top ten.

Tip: Enjoy a drink on the terrace overlooking the 18th green.

This is part 1 of a two-part series by Martin Tasker. 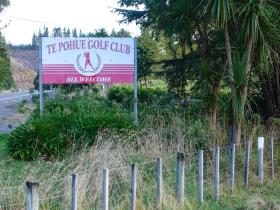 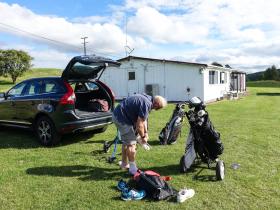 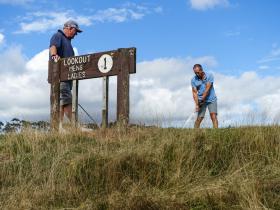 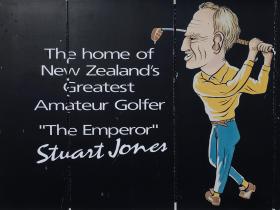 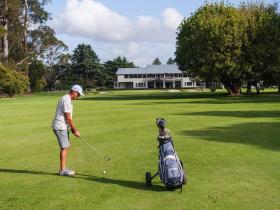 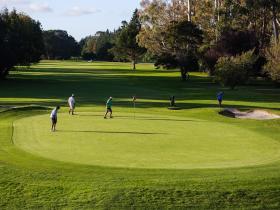 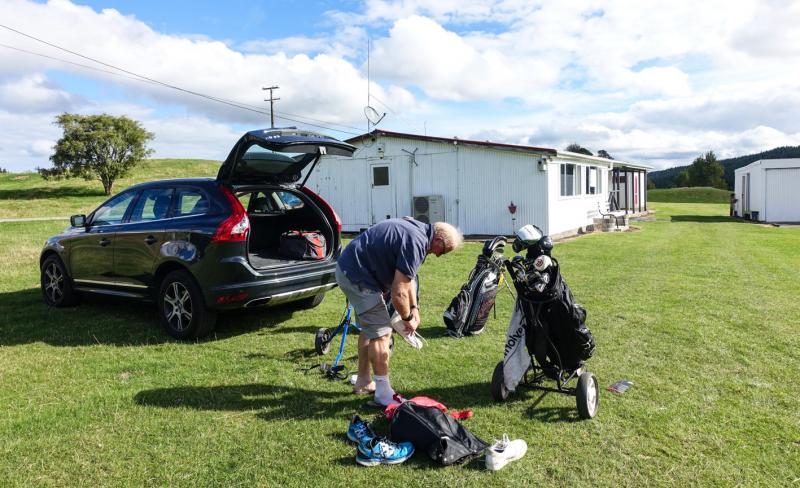 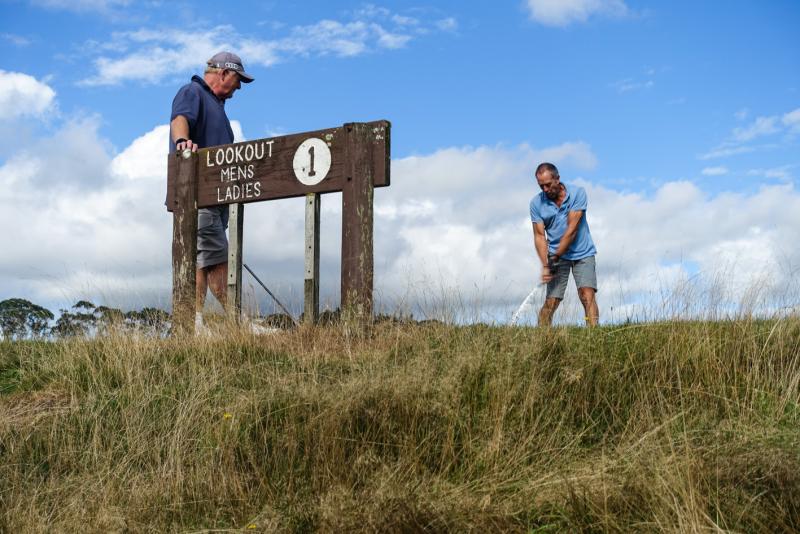 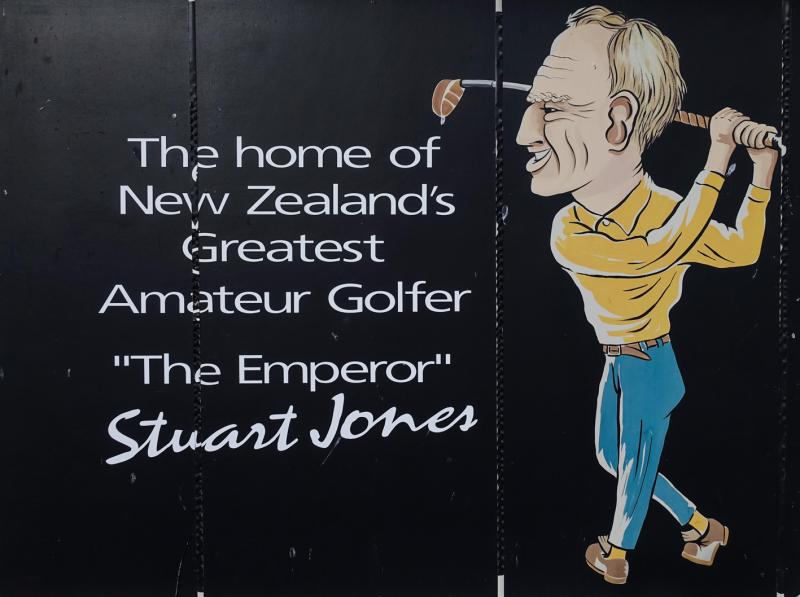 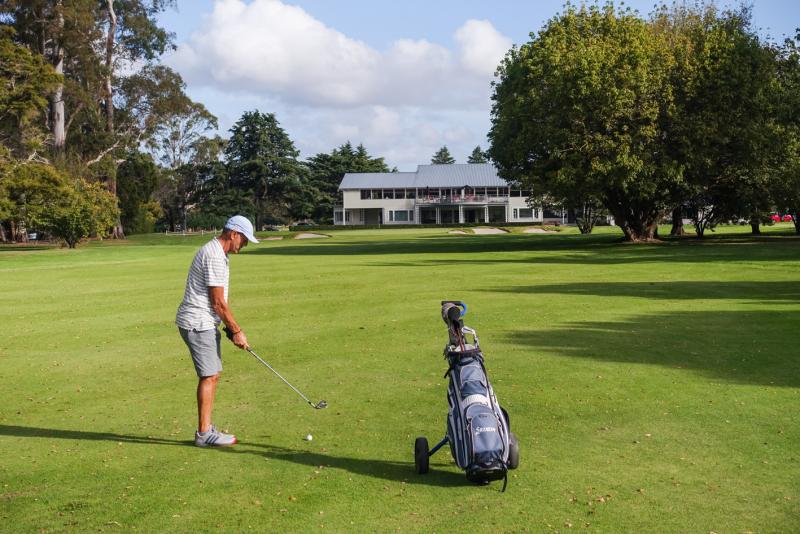 Approach to the 18th at Bridge Pa 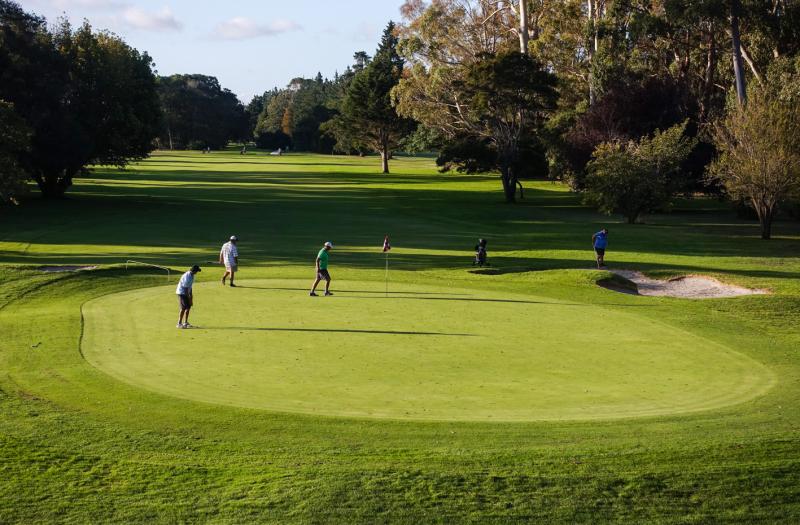