Why Hawke's Bay Is Your Ultimate Golfing Destination

While known for its exceptional, award-winning wines and unique art deco culture, the Hawke’s Bay region is also home to some of the finest golfing opportunities in all of New Zealand. Jordan Fuller shares some of his favourite spots to tee-off.

One of Hawke’s Bay’s finest clubs, the Maraenui Golf Club is set in the tree-lined surrounds just outside of Marine Parade in Napier. Only a five-minute drive from Napier City and just 15 minutes from Hastings, the gentle sea breeze cascades through the 6,125 metres, 18-hole course. While the picturesque tract is not difficult to walk, the tree-lined fairways and creative, bunkered greens do provide a challenge. 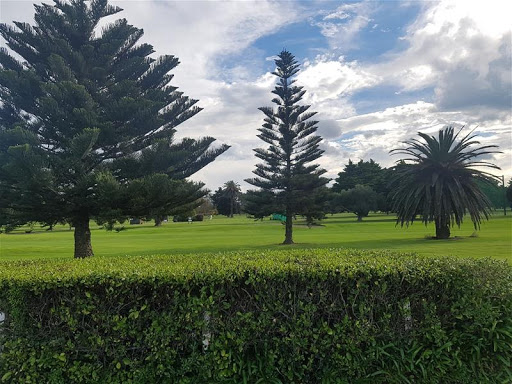 Maraenui requires accuracy off the tee, for both long and short hitters, or else one of the many trees will surely grab your attention. The course is a fun and challenging play, yet manageable for all skill levels. Known for its meticulously maintained grounds, the greens contain Poa Annua and Browntop grasses and are generally flat, with subtle breaks and average speed. Fairways are contoured with rough at a playable height and not too many penalty areas, with an intermediate cut just off the fairway. 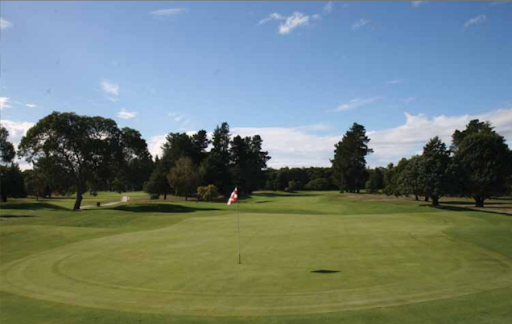 Better known Bridge Pa, the parkland course is laid out within 210 acres on Heretaunga Plains with spectacular views of the nearby ranges. The challenging undulations throughout the course along with the unique layout provide a challenge to golfers of all abilities.

The club was originally formed in 1898 and moved to its current site in 1912 where the course gradually developed to what it is today, with several holes standing out. The par 4, 5th hole otherwise known as “Flaxmere” is the hardest on the course. A slight dogleg right, with out-of-bounds all the way down that side of the fairway where a long, two-tiered green awaits your approach and likely at least a bogey-5 on your scorecard.

Formerly the Flaxmere Golf Club, Hawke’s Bay Golf Club in Hastings is the youngest of the four major courses in the Bay, opened in 1969. Built on 142 acres of pumice land at the end of Valentine Road, the Commander John Harris design is an 18-hole, par 73 tract just 10km from Hastings town centre.

The tree-lined fairways provide a tranquil setting, with wildlife often joining members as they play their round through the fescue fairways. A bird-lovers paradise, Hawke’s Bay Club is bursting with avian life, as Tui’s can often be heard in the trees above while doves gather at ground level, along with wild duck, plover and heron regularly nesting in the water hazards throughout the course. Along with the wildlife, the course affords spectacular views of Te Mata Peak to the east and the Northern Ruahines to the west.

The oldest club in the Hawke’s Bay region, the Napier Golf Club Waiohiki celebrated its Centenary in 1996. The club has been the site of many New Zealand and inter-provincial tournaments over the years, including the New Zealand Open in 1907.

The club provides an interesting golf experience on an established tract, with an amazing selection of huge trees. Wayward shots will encounter some fantastic carved golf-oriented sculptures lurking in the bushes. While the fairways are wide, they feature some treacherous doglegs with tricky greens.

Designed by renowned golf architect Tom Doak, the Cape Kidnappers Golf Club was completed in 2004 and offers players stunning sea views while playing above the ocean atop dramatic cliffs. Built on a ridge-and-valley landscape, the course has been hailed as one of the great modern marvels of golf. At 6,525 metres, the par 71 course is set high above the coast on broad terraces that slope down to what appears to be the edge of the earth, with140 metre cliffs. 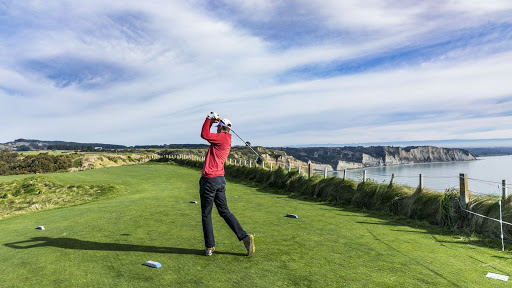 The course served as host of the PGA Tour’s Kiwi Challenge in 2008 and 2009 and has received numerous accolades and awards, most notably ranking 17th in Golf Digest’s ranking of the 100 Best Golf Courses in the World in 2018. Accommodations at the nearby Farm at Cape Kidnappers, widely considered one of the finest hotels in the world, offers guests an equally spectacular experience.