Man has been a hunter-gatherer for 300,000 years, but they do things differently in Hawke’s Bay.

Yes, the name should be familiar: Juliet is the world’s most foremost expert on cheese, author of The World Cheese Book, gourmet, bon vivant, wine aficionado, writer, broadcaster, gardener, forager, dog lover and – she may kill me for this – serval –times contestant on BBC’s Come Dine with Me.

We meet at Ya Bon, where extremely civilised coffee meets the best of French baking in downtown Hastings. The grande dame of fromage is greeted with air kisses. But the lady is not for turning from her mission: we have places to go, people to see, and food, wine, honey, figs olives, and even cosmetics to investigate. Before lunch, before the cheese and wine tasting. 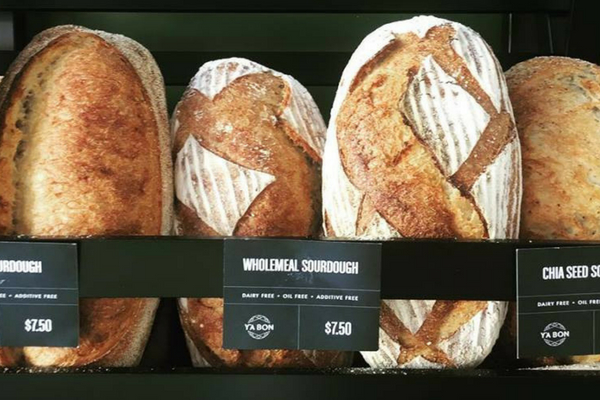 Fresh bread at Ya Bon

Driving across Hastings, Havelock North, and points east and west with Harbutt is a hoot. This woman has opinions on everything and she doesn’t shy from expressing them.

Our first stop is the Telegraph Hill olive store, with myriad flavours of olives and pickles. Next, Te Mata Figgery. I’m not sure if the staff were expecting the tornado of opinion and expertise to blow through, but she does, and then it’s on to Arataki Honey. Everyone knows Juliet, and if they don’t, they soon will. 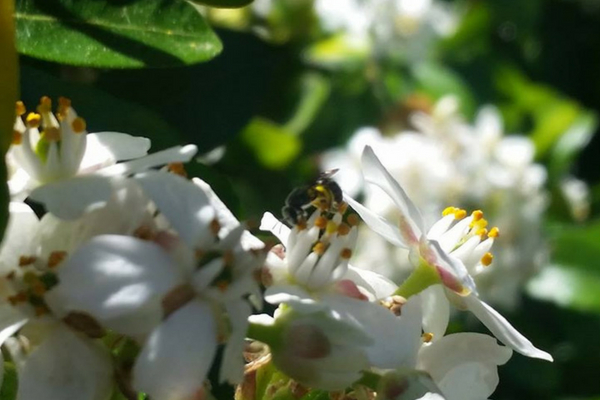 She is not so much a force of nature as a force about nature: about food, about wine, about the region. On the way home, we stop in at the Weleda cosmetics garden, laboratory and natural healthy pharmacy just below her house at Black Barn vineyards, so Juliet can stock up on her favourite hand cream.

Once home, Juliet attempts to calm Winston, her Jack Russell, and busies herself with a vegetable soup with ingredients from her garden, and a lesson in how to collect pine-nuts and cheese appreciation. You can take a girl out of the great appellations, but you can’t take her out of what she knows better than anyone else in the world.

The world has a number of great religions, and it may be that the foremost among them is golf. For its devotees, there are sites to worship; among those is Cape Kidnappers, on the Robertson Estate on the always spectacular, sometimes wild, east coast hills and ravines. Premier course creator Tom Doak’s design is ranked among the world’s greatest layouts, and it draws players from around the world, eager to test their skills against the terrain. My guess would be that the clifftop landscape and the spectacular Oceanside panoramas always win, but then I’m not Tiger Woods. 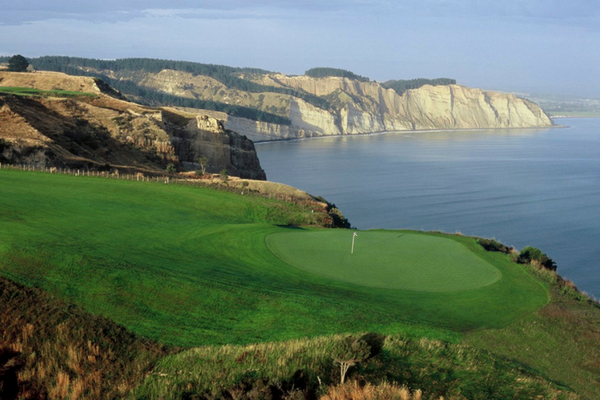 Something more sedate: I’ve never met a city, or a region, that caters so well for cyclists as Napier and Hawke’s Bay. Rachael Verry of Napier City Bike Hire and Tours tells me there are more than 200km of dedicated bike paths around the city and suburbs, beside beaches, through vineyards and cellar doors, and out to the coast. Many major thoroughfares in Napier and Hastings have dedicated cycle lanes. And they’re all flat!

Her company has bikes for accomplished or starting-out-over-again cyclists and everything in between. In fact, they’ll recommend e-bikes for those who are a little more nervous about getting back on two wheels. So you can hop on, pedal off, and hit the vineyard trail or the art deco path, knowing that if you’re too puffed, they’ll pick you up at a café or wine bar.

Heck, if other cities followed that lead, biking might just become a thing in New Zealand.

Sir James Wattie made his name (and fortune) putting the goodness of the Bay’s orchards and gardens into cans. His former homestead Mangapapa, is now a luxury boutique hotel where visitors are encouraged to indulge at the day spa. In its ambience of landscaped gardens and carefully nurtured orchards, it’d be hard not to be seduced. Why fight it? And for the ultimate retreat into the era of Noel Coward and the Charleston, try a visit to the hotel’s conservatory where head chef Norka Mella Munoz’s contemporary take on the traditional high tea will delight. 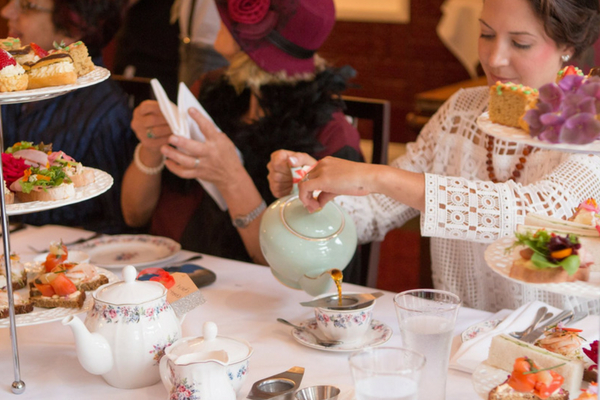 Looking Back
Climb aboard a vintage car and explore Napier’s journey from tragedy to its daring and imaginative rebirth.