Hawke’s Bay is rightfully positioned at the centre of the wine world in a new installation at Ash Ridge winery, in the Bridge Pa Triangle west of Hastings.

Brothers Philip and Chris Wilcock are behind its creation, and they felt it was a natural advancement on the signs found at the likes of Cape Reinga and Bluff.

“You go to most countries, they’ll have something similar and they’re great photo opportunities,” says Chris. “The big difference is that ours is winery-inspired. People talk about which regions they’ve been to – Napa or Hunter Valley, and we thought, well let’s show them how far away they are.”

“And the fact that Hawke’s Bay is the centre of the wine universe!” says Philip. 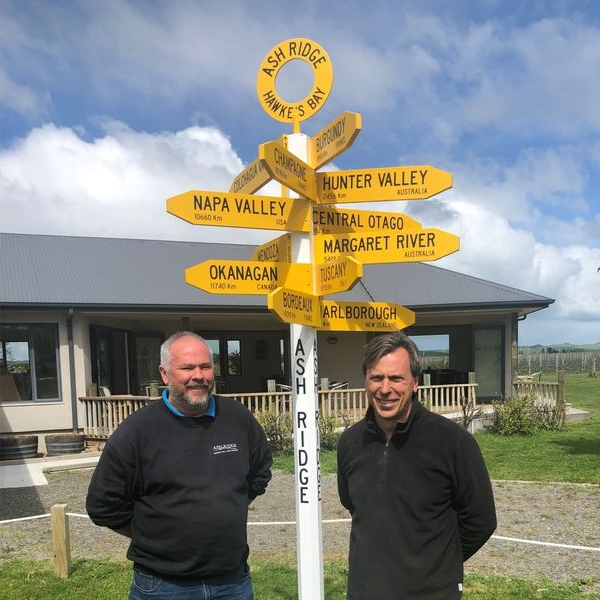 Chris erupts into laughter when asked how long has it take to pull together, before Philip explains the idea came to him about four years ago, but it’s only this winter he’s found the time to do it – about a month’s work to pull it all together.

Philip says all the directions, 14 wine regions in total, are based on the great circle routes, which maps the shortest course between two points on the surface of a sphere.

“I found a website where I could enter the latitude and longitude for each location we wanted to include, and it provided me with the directions and distances.”

Chris says while they are confident of its accuracy, the signs that generate a few queries are La Rioja and Burgundy, which point in opposite directions.

“We’re round earth people, you can go in both directions.”

Philip adds: “They might be 400-500 kilometres apart in Europe, but you actually go over the North Pole from New Zealand to get to one, and over the South Pole to get to the other one

Despite the sign only being in the ground a few weeks, Chris says it’s proving incredibly popular.

“We were holding it in place as were concreting it in, and the first person walked past – ‘click’. Barely has somebody walked past who hasn’t taken a photo. I wouldn’t be surprised if it's the most photographed object in Hawke’s Bay this year!”

The wine sign is far from Philip Wilcock's first foray into creativity. The accomplished designer is behind a number of other recognisable artworks including the highly popular 'Wine Underground' maps, available for purchase from the NZ Wine Underground website. 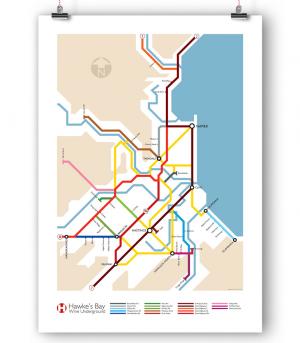 A range of collectable wine-themed tea-towels, designed by Philip, are also available for purchase from the Ash Ridge cellar door, while the design of the annual Bridge Pa Wine Festival poster is also Philip's handiwork, including for the 2020 event on Saturday 18 January. 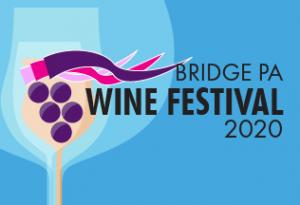