A beginners guide to astrophotography in Hawke's Bay

I clearly remember my first attempt at astrophotography in 2012. I had seen photos of the night sky and was amazed that modern day cameras could effectively see in the dark. So I headed out one cold clear winter's night to capture the night sky; the results were pretty poor but I captured enough at that first attempt to ensure that I was hooked (I actually managed to accidentally capture a portion of the Milky Way in some of the shots). Please excuse me for not showing those images; they were an important stepping stone to understanding astrophotography, but that doesn’t mean that I want anyone to see them!

After moving to Hawke’s Bay in 2008, I saw more stars in the sky in the first few weeks of living here than I had ever seen before. So I was pretty sure that with a a bit of learning and a lot of practice I could capture photos similar to those that had got me interested in astrophotography, but with the beauty of the Hawke’s Bay night sky in my shots.

As a region, Hawke’s Bay is blessed with many things that contribute to great astrophotography:

So a bit of information about astrophotography for those just starting out - it has been described as the nerdiest form of photography so bear with me if this gets a little technical.

In the southern hemisphere we are lucky to be able to see the core of the Milky Way through our winter months, with long nights making astrophotography much easier than in the northern hemisphere where the core of the Milky Way is only visible through their summer months. So for many people living in northern parts of North America and Europe, the almost 24-hour daylight makes capturing shots of the core very difficult.

During our winter months (actually February to November), the core of the Milky Way appears in different parts of the sky, and has quite different orientations, depending on the time of year and the time of day (or night). In early February, we normally get our first look at the core of the Milky Way for the year as it starts to move away from the area of the sky that our Sun occupies. It appears in the early morning, about an hour before sunrise, as a near vertical band of stars stretching from the eastern horizon (this is why it is good to be on the east coast ) up to and through the Southern Cross, which quickly fades into the daylight as the sun appears. Both of the photos below were shot just before sunrise late January and mid-March respectively, looking east. 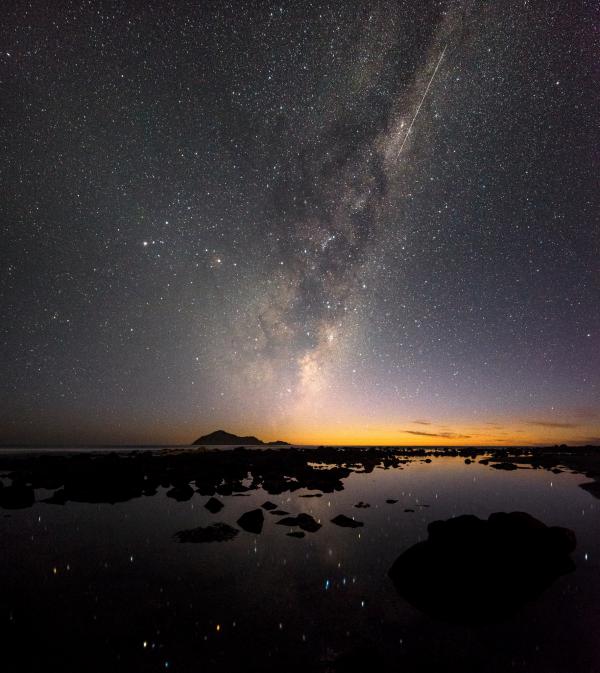 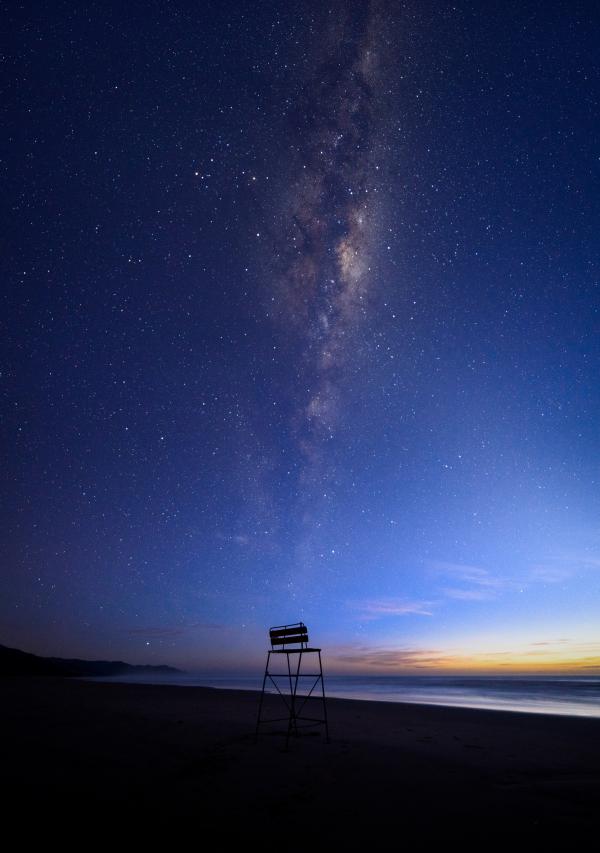 As the ‘astro season’ progresses, this vertical line of stars which make up the core of the Milky Way is visible earlier and earlier in the night and by June is visible just after sunset. As the core rises earlier and earlier through the year, it is also visible for longer parts of the night until, again around June, it is visible through the entire night, starting as a vertical band in the early evening and progressing across the sky to form a near horizontal band of stars on the western horizon just before dawn.

After June, the vertical view starts to be wiped out by the setting sun to the west before it has a chance to be seen in the night sky. The horizontal western view is visible earlier and earlier in the night until around November, when it is visible just after sunset and is only visible for a short time before the rotation of the Earth drags it below our western horizon. 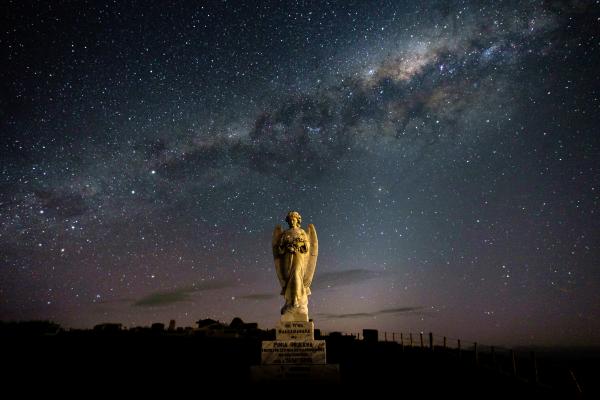 Getting good shots of the Milky Way, or the night sky in general, is unfortunately one area of photography where the gear does matter to a degree. The average phone or ‘point and shoot’ camera doesn’t have the range of adjustments to allow it to capture good photos in the dark, so normally a DSLR / Mirrorless camera will be required. Coupled with that, a lens with a large aperture - a low f number like f1.8 or f2.8 - is preferable to let in as much light to the camera as possible. Because you will need to shoot photos which take a few seconds to expose, a tripod is also essential to hold the camera steady.

The technicalities of choosing a camera, setting it up and shooting the Milky Way is a whole other topic in itself, which I am planning on running some workshops on in June, so feel free to check out the workshop page on my website for more information.

"Sitting on the outside looking in" - Lake Tutira 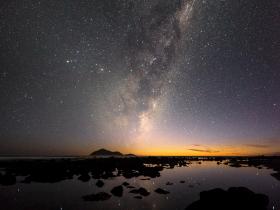 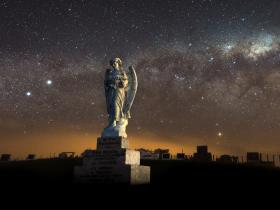 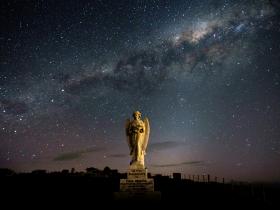 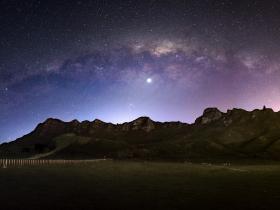 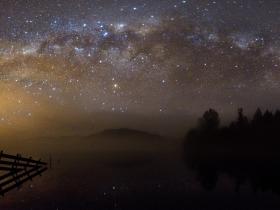 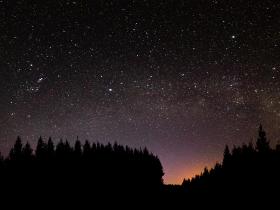 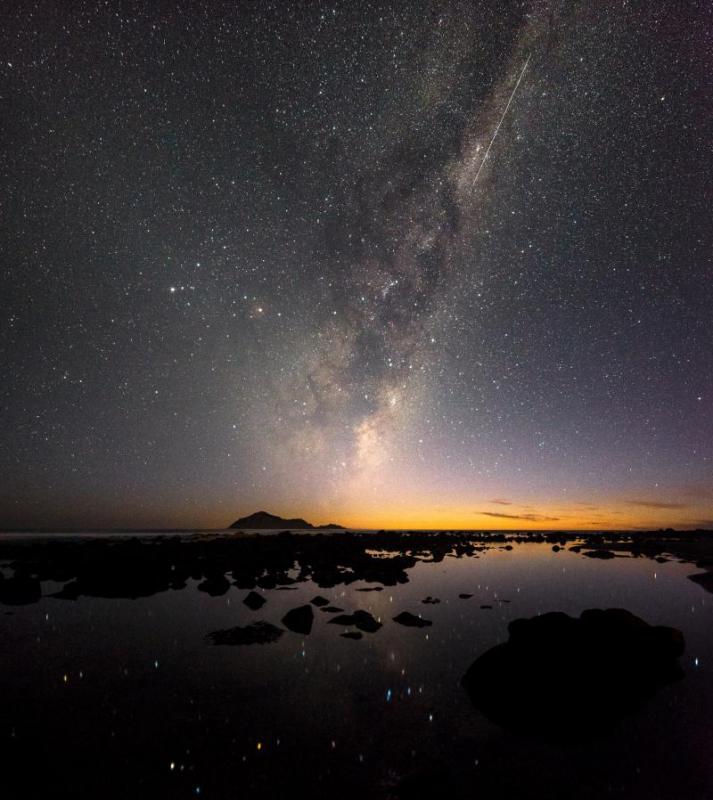 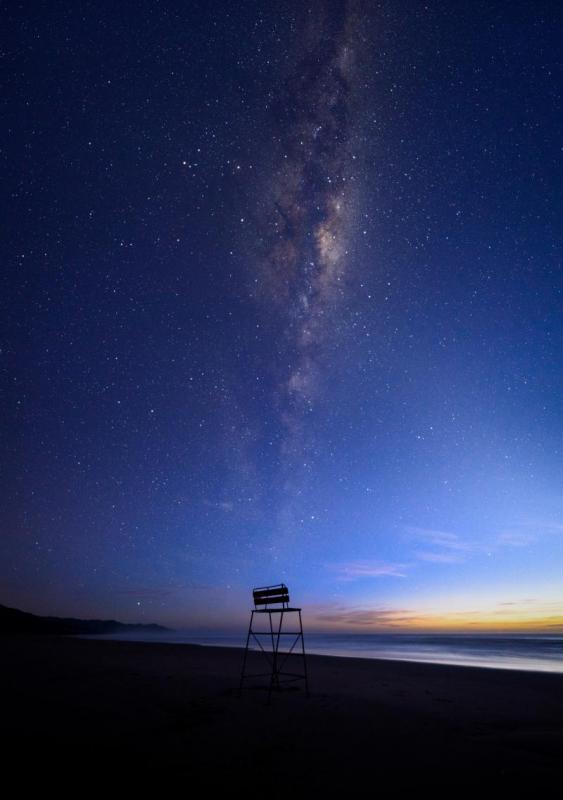 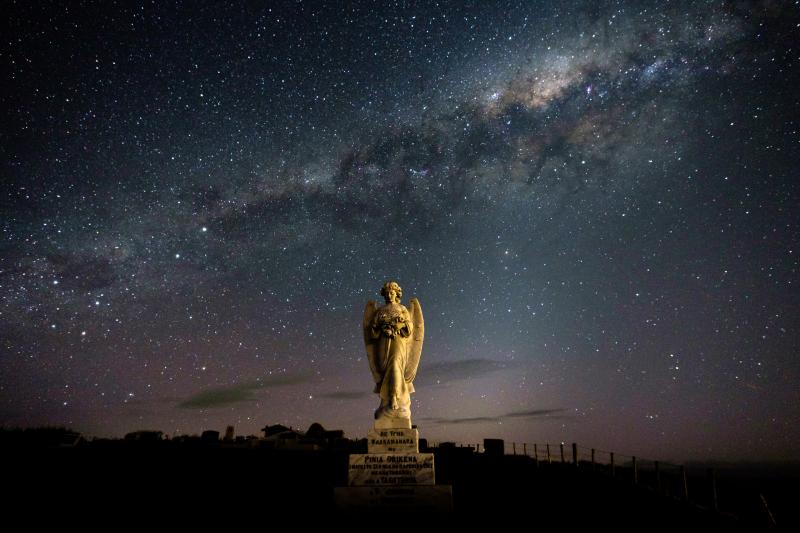 "Sitting on the outside looking in", Lake Tutira