A documentary deep-dive into the life and legacy of legendary Canadian singer/songwriter Leonard Cohen told through the prism of his most anthemic and well-known song.
Documentarians Dayna Goldfine and Daniel Geller (The Galapagos Affair NZIFF 2014, Ballets Russes NZIFF 2006) deliver the definitive exploration into the life and times of Leonard Cohen by also following the remarkable trajectory of his most famous work, “Hallelujah”, from a rejected album cut to modern day anthem.

“A densely detailed biography of the Canadian poet, singer and songwriter … this majestic, almost symphonic documentary is also a chronicle of the singular song Cohen wrote, revised and expanded over the course of decades, as well as an account of how “Hallelujah” has become a receptacle into which new generations of singers pour their musical souls.” — Joe Morgenstern, The Wall Street Journal

“Most songs couldn’t carry the weight of a project like this one – “Hallelujah” isn’t like most songs. Not only has it become one of the most beloved tunes of all time, but it has shifted and changed over the years, becoming a way to read not just Cohen’s career but the way he influenced the entire music industry… [It’s] a rousing portrait of the power of expression, something that Leonard Cohen perfected more than most songwriters that ever lived.” — Brian Tallerico, RogerEbert.com 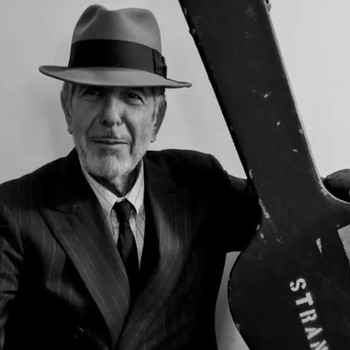