T-Bone have brought their influences of zydeco, old-time, blues, bluegrass and folk to this debut album, which although has strong Americana flavours, also has a distinct Kiwi folk feel. The close vocal harmonies and fiery instrumentals on guitars, mandolin, banjo and fiddles will have your toes tapping and you’ll find yourself harmonising as you listen.

The members of T-Bone are about as eclectic as the group’s influences; a mandolin playing ex-chef from the Far North, a fiddle-playing wine importer from New Jersey, a Dublin-born spearfishing songwriter, a guitar-slinging laboratory assistant from Taranaki and a gardening double bassist from Karori.

The band will be touring the North Island promoting their debut album Good 'n Greasy which was recorded in September 2021 after seven years of meeting most Monday nights and eating, drinking, jamming and writing together.

Their debut album will be released on June 17th, two weeks prior to the band heading out on their North Island headline release tour. The seven-date tour is set to be the perfect showcase of the magic and energy that comes when these five exceptional musicians are on stage together, performing! 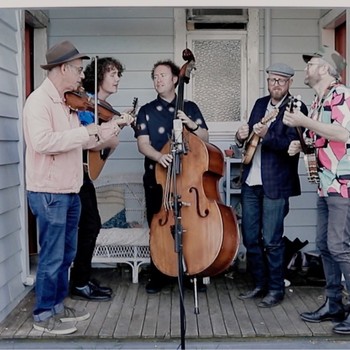