Now on Friday nights! Finish your working week with a naughty laugh and relax into the weekend.
Peak Comedy presents a handful of the best local and visiting talent. Come along early for a meal and stay for the show.

The Venue: High on the hill, overlooking the Hawke's Bay is Peak House. Steeped in history with panoramic views, our venue is just five minutes drive from the Havelock North Village, yet feels like a world away.

Buy a Table Seating ticket and book your mealtime with hello@thepeakhouse.co.nz, their kitchen is open from 5pm so you can make a night of it, watching the sun go down before our stars come out on stage.

Or, buy a Show Only ticket and turn up from 7pm for the show starting at 7.30pm.

Our MC for November is Peak favourite; Ben 'Tito' Caldwell

Ben 'Tito' Caldwell has been bouncing around New Zealand for twelve years, jumping on stage and spinning yarns about his life and the situations he's gotten himself into.
An insightful, friendly and entertaining storyteller now based in Friendly Feilding, he's committed to growing the Manawatū comedy scene. His wife just wishes he showed as much commitment to his family.

Our Headline performer is Sri Nair

"Nair has a cool confidence about him and is quite comfortable on stage." - Theatreview

Started his stand up comedy journey in 2016, Sri Nair went on to perform in the 2017 Fringe Festival shows and opened for Billy T Nominee Li'i Alaimoana in the NZ International Comedy Festival in the same year. Sri Nair has had sold out shows in the 2018 Fringe Festival, 2018 NZ Comedy Festival and more recently in 2021 NZ Fringe Festival. Winner of the best show in Fringe Festival 2018 and Nominated for Most Improved Stand up Comedian in 2017, Sri’s humour is a mix of pop culture references, observational humor and his experiences in the Middle East, India and New Zealand and has performed at Pro Gigs in Wellington, Auckland and Christchurch. He recently appeared in TVNZ's 60 seconds and received positive feedback from the judges. 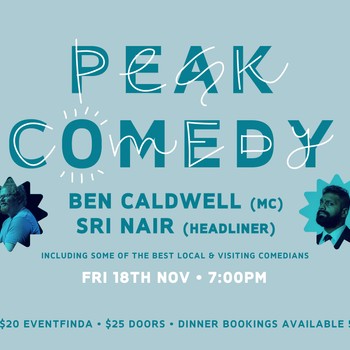 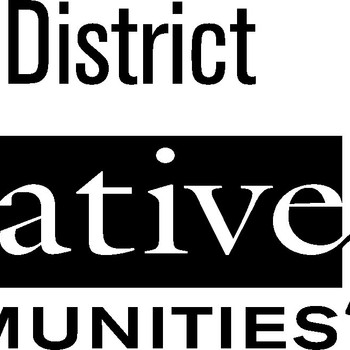 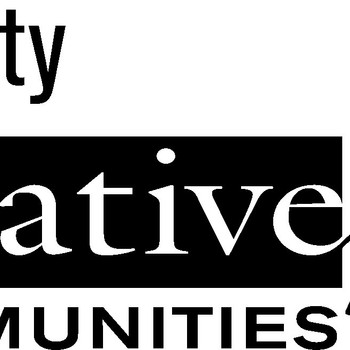 Buy Tickets
Peak Comedy November Now on Friday nights! Finish your working week with a naughty laugh and relax into the weekend.
Peak Comedy presents a handful of the best local and visiting talent. Come along early for a meal and stay for the show.