In love, newly engaged and maintaining a long-distance relationship, director Jan Oliver Lucks and his fiancée decide to throw traditional rules out the window by opening up their relationship before they tie the knot.

"Navigating the increasingly chartless waters of sex, love, intimacy and modern relationships in a post-pretty-much-everything world can be daunting, but like the two main characters of this film – who ritually undress then leap naked from a 10-metre diving platform in the opening sequence of the film – director and naked-jumper Jan Oliver Lucks takes the viewer by the hand and says, “Hey, let’s try polyamory.”

Just as he and his girlfriend get engaged, then move to different ends of New Zealand for professional reasons, sleeping with lots of other people before their wedding 12 months hence seems like the smart thing to do... until it isn’t.

Lucks’ filming of this thoroughly modern experiment becomes itself a third wheel in the relationship, the camera a handy confessional for the often-endearing missteps both partners make along the way to oneness.

The kind of young, urban film which could easily be set in New York, London or Berlin (if only it weren’t a locally made documentary), There is No I in Threesome is one of the freshest, bravest and most original films to come out of Aotearoa in quite some time. Nailing the difficult-but-hip hybrid doc format, as much out of necessity as anything more strategic, Lucks’ debut feature has already received well deserved acclaim in London (The Guardian) and New York (NY Times) when it was released earlier in the year on HBO MAX, the cool older brother of Netflix.

Whānau Mārama is proud to present this charming, clever and disarmingly personal story as it takes the leap of its first theatrical outing in the world. Jump on in, the water’s fine... until it isn’t. — Marten Rabarts" 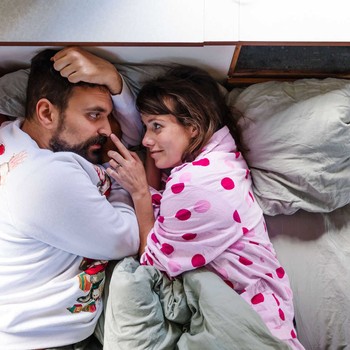