This pressure-cooker Oscar nominee for Best Foreign Film puts viewers on the frontlines of an impending massacre in the Bosnian genocide – with harrowing power.

"Srebrenica, 11 July 1995. Three years deep into war, Serbian forces march towards a town ostensibly protected by the UN and NATO. Translator Aida (Jasna Đuričić, in a powerhouse performance) passes on empty promises to the local mayor, but as international forces buckle and a humanitarian catastrophe of mass scale unfolds, Aida not only faces ethical quandaries but must fight to protect her own children from the impending massacre.

Bosnian director Jasmila Žbanić may be unfamiliar to Westerners, but her 25-year career clearly demonstrates itself in her expert handling of mass chaos, attention to poetic detail and consistent tone of unbearable dread and electric tension. (It’s no surprise her work earned her a slot directing episodes of the upcoming post-apocalyptic HBO series, The Last of Us.) While eschewing on-screen gore, Žbanić’s depiction of the real-life massacre of 8,372 Bosniak Muslim men and boys lands with full force. A powerful coda set long after the fact asks us a question that resonates far beyond the borders of Srebrenica: how do we live with those who have violently opposed and attempted to destroy us? — Doug Dillaman

“A razor-sharp incrimination of failed foreign policies from around the world embedded in a deeply humanist and moving character study of the kind of person that these policies leave behind... Taut and intense, this is the kind of film that a critic hopes finds a broad enough audience to provoke conversation and insight about how we fix these broken systems.” — Brian Tallerico, RogerEbert.com" 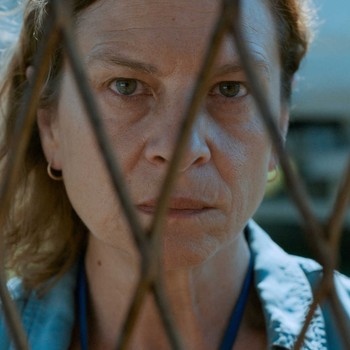 Buy Tickets
NZIFF: Quo Vadis, Aida? This pressure-cooker Oscar nominee for Best Foreign Film puts viewers on the frontlines of an impending massacre in the Bosnian genocide – with harrowing power.