Jacques Audiard’s charming exploration of the tangled work and love lives of three young Parisians is a beautifully-crafted love letter to the classics of French New Wave.

"The latest from French auteur Jacques Audiard (A Prophet NZIFF 2010, 2015 Cannes Palme d’Or winner Dheepan) is a breezy adaptation of a series of graphic novels by New Yorker cartoonist Adrian Tomine. The lives of three bright young Parisians intersect in a variety of ways as they negotiate the modern challenges of work, sex and real estate. Émilie (firecracker newcomer Lucie Zhang) works in a call centre and tries to avoid visiting her ailing grandmother. Her flatmate, and sometime lover Camille (Makita Samba, Angelo NZIFF 2019), is giving up his teaching job to try and finally nail down that elusive doctorate. Nora (Noémie Merlant, Portrait of a Lady on Fire NZIFF 2019), freshly arrived from Bordeaux to study law at the Sorbonne, has to deal with the complications of having a porn star doppelgänger.

Audiard has always been something of a cinematic chameleon, and this film is his brisk, lively tribute to the French New Wave, shot in immaculate black and white and updated with ever-present internet and social media access. A rich and welcome female perspective, brought to the story by co-writers Céline Sciamma and Léa Mysius, also adds a modern cultural diversity and raunch. The young ensemble cast give performances of charm, nuance and depth, and Audiard keeps his narrative plates spinning while deftly navigating a range of emotional tones, all without missing a beat. This is joyful, accomplished filmmaking that makes for a funny, smart and satisfying night out. — Andrew Langridge" 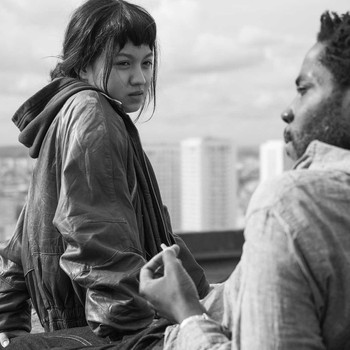