The first Australian film featured in Cannes’ Official Selection in a decade, Justin Kurzel’s disturbing dive into the tormented mind and soul of a mass-shooter is bolstered by four remarkable lead performances.

Australia
In English
112 minutes
Rated M for violence, offensive language, drug use & content that may disturb

"Australian filmmaker Justin Kurzel is a dab hand at uncovering some of the darkest scars of Australian national identity. From debut Snowtown (NZIFF 2011) to True History of the

Kelly Gang (NZIFF 2019), Kurzel’s muscular, unflinching filmmaking finds itself at a new height in Nitram, his most mature and accomplished work to date.

A portrayal of the years preceding Australia’s deadliest mass shooting at Port Arthur in 1996, Kurzel threads a difficult and compelling needle in exploring the events that led up to the massacre without ever condoning its perpetrator. The film follows Martin (or “Nitram”, as nicknamed by school bullies), a wayward and deeply troubled young man outside of his family’s control.

Winner of this year’s Cannes Best Actor prize, Caleb Landry Jones in the central role of Nitram is simply astonishing, see-sawing from childlike innocence to monstrous cruelty in the blink of an eye. Similarly, the performances of Essie Davis, Anthony LaPaglia and particularly Judy Davis as Nitram’s mother are striking in their soulful intricacy. Kurzel’s direction never succumbs to the lurid or exploitative, crafting a slow-burning, high-tension drama in which the tragedy is foretold. — Tom Augustine" 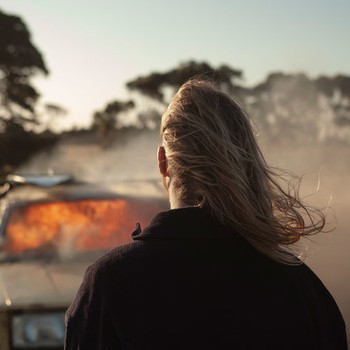 Buy Tickets
NZIFF: Nitram The first Australian film featured in Cannes’ Official Selection in a decade, Justin Kurzel’s disturbing dive into the tormented mind and soul of a mass-shooter is bolstered by four remarkable lead performances.