A soon-to-be-demolished social housing estate, named after Yuri Gagarin, in the Parisian banlieue provides the earthly anchor for weightless flights of fancy in this wondrous and moving debut feature.

"Social realism combines with starry-eyed metaphysics and fiction is fabricated around a real event in this remarkable debut paralleling the destiny of a teenager abandoned by his mother with that of a massive, low-income housing estate abandoned by the state. Inaugurated in the ‘communist’ outskirts of Paris in 1963 by Soviet cosmonaut Yuri Gagarin, by 2014, the 370-flat ‘Cité Gagarine’ and its asbestos-ridden vision of modernity were marked for demolition. Alerted to the building’s existence and its fate by architect friends, filmmakers Fanny Liatard and Jérémy Trouilh, who have a background in documentary, felt driven to “hold up a mirror to the beauty and complexity of the lives” of its inhabitants.

Sixteen-year-old Youri has grown up in Gagarine, and as though inspired by his namesake, he dreams of being an astronaut – no matter the unlikelihood of his wish ever coming true. He can already reach the stars: he’s in the “celestial suburbs” and Gagarine is his “spaceship”. Hence, when a six-month evacuation order is given prior to the building’s demolition, Youri, with his boundless enthusiasm and imagination, goes all out to save it. — Sandra Reid

“Gagarine is dream built from debris, a rocketship made from rubble, and a touching tribute to stratospheric aspirations thriving against the odds in even the most maligned and marginalized communities. We may be in the suburbs, but some of us are looking to the stars… [the] world… could use a little more of… its heartfelt reminder… that even the most notorious of places can be the repository of so much that’s good, and of the debt of care we owe one another.” — Jessica Kiang, Variety" 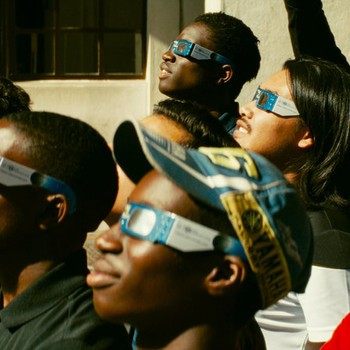 Buy Tickets
NZIFF: Gagarine A soon-to-be-demolished social housing estate, named after Yuri Gagarin, in the Parisian banlieue provides the earthly anchor for weightless flights of fancy in this wondrous and moving debut feature.