Tāmaki Makaurau based artist with her seven-piece band are going on the road this summer to serve up her soul-funk grooves with a dose of Magick.

Having carved a place for herself within Auckland’s vibrant music community over the past 7 years. Lou’ana’s voice carries the stature of an old soul; a cosmic cocktail of sweet and soulful, with an added gritty, blues edge that references the golden age of Etta James, to the rawness of Stevie Nicks.

Her heart and soul translates through sound, in that unexplainable alchemy that happens when music meets word.

“Rarely, in New Zealand, does a singer come along whose voice is so big, so beautiful and so luminous it contains worlds within worlds” Mike Alexander Music Net

LOU’ANA and her seven-piece band have transformed the album into an epic energetic live experience following a sold-out album launch at Auckland's Q theatre in November. LOU’ANA had an exciting 2021 festival season with sets at Nest Fest, Earth Beat, mainstage SPLORE and NZ Spirit Festival.

After a sell-out NZ Music Month ‘Live at The Museum’ show, featuring LOU’ANA, Reb Fountain & Georgia Lines, the Soulstress and her band are excited to take the show on the road for some winter performances. 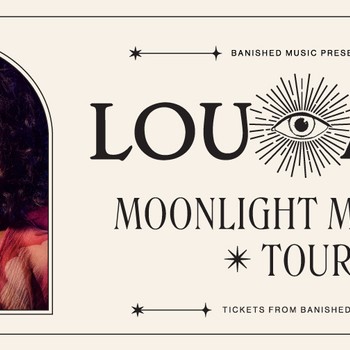