The Studio Italia Cinema Italiano Festival NZ warmly invites you to the screening of:

When slick and successful businessman Adriano (Riccardo Scamarcio, Loro CIF2020) wakes up next to his dead mistress in a resort hotel room, he becomes the obvious chief suspect. He selects Virginia Ferrara (Maria Paiato, An Almost Perfect Town CIF18), a veteran criminal attorney who has never lost a case to defend him. The two only have three hours to prepare the case, discredit a key witness, and ﬁnd the evidence conﬁrming Adriano’s innocence.

Largely told in ﬂashback, director Stefano Mordini’s taut thriller cleverly recreates the days that lead up to that terrible night as the guilt-ridden Adriano, still in love with his wife, tries to break off his affair while on a clandestine trip. As more facts are coaxed out by Virginia, the characters' motivations begin to blur. The Invisible Witness builds intrigue and exhilarating tension up to its astonishing ﬁnale which proves no one is ever quite who they ﬁrst seem. 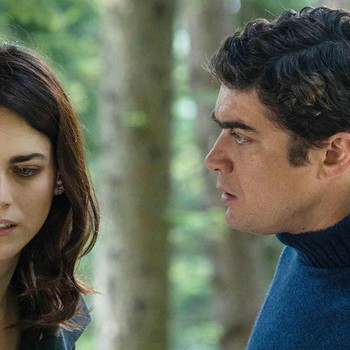