Hitler Versus Picasso and the Others

Hitler Versus Picasso and the Others

After 70 years from the Hitler’s declaration of war to “degenerate” art, an event film that reveals secrets of the Fuhrer treasure.

Picasso, Matisse, Renoir and Chagall: paintings hidden, looted and condemned finally come to light to reveal the Nazi obsession for art on the big screen. Starting from the incredible Gurlitt case and of his massive collection, the true story of masterpieces persecutes and banned during the 20th century. 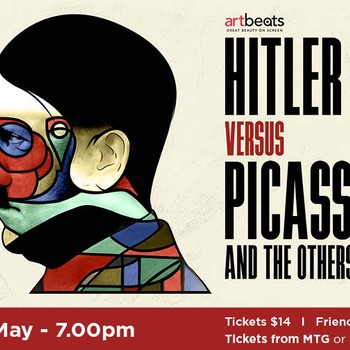