French Film Festival: La Traviata, My Brothers and I

French Film Festival: La Traviata, My Brothers and I

In his feature debut, French filmmaker Yohan Manca breaks down the barriers and preconceptions surrounding art and culture with a touching story of hope, chance and overcoming adversity.

La Traviata, My Brothers and I, tells the story of 14-year-old Nour (Maël Rouin-Berrandou), growing up in a housing project in the South of France, with his older brothers, who take turns caring for their ailing mother, who is in a coma.

Nour dreams of becoming the new Luciano Pavarotti, inspired by La Traviata, an opera he knows well because his Italian father wooed his North African mother by singing its arias to her. Between his work in the community and rising tensions at home, Nour dreams of escaping to a faraway place. When he crosses paths with Sarah (Judith Chemla, A Woman’s Life, AF FFF17), an opera singer teaching summer classes, he finally finds the opportunity to come out of his shell and explore new horizons.

Avoiding clichés, the filmmaker – with the help of cinematographer Marco Graziaplena – captures the siblings through a lens influenced by Italian cinema of the 1960s and 70s and adeptly presents an inspiring slice-of-life film filled with tender, touching moments. 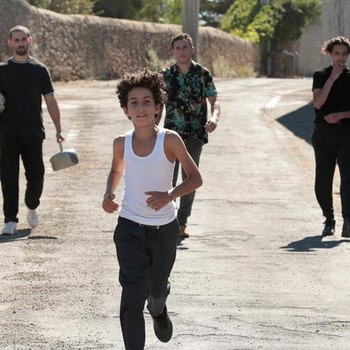