Romantic, mystical and lyrical, the Royal New Zealand Ballet’s Giselle is a timeless production of one of ballet’s great stories.

Former RNZB Artistic Director Ethan Stiefel and celebrated principal dancer, choreographer and director Johan Kobborg’s acclaimed production of Giselle first toured New Zealand in 2012 to sell-out audiences, returning in 2016 to great acclaim. Performed by the RNZB in China, the USA, the UK and Italy, and turned into a feature film by director Toa Fraser, Giselle has captivated audiences and critics alike. In 2021, New Zealand audiences will have the opportunity to see this masterpiece once again, as the RNZB tours this signature production to six centres nationwide and a new generation of dancers take on some of ballet’s most iconic roles.

Conducted by Principal Conductor Hamish McKeich, Adolphe Adam’s lyrical score will be performed live in Auckland, Wellington and Christchurch with a specially recorded version in all other centres.
The quintessential Romantic ballet, Giselle is a perfect fusion of every element that makes ballet so special: touching, human characters, a romantic story, beautiful choreography – from pure classical ballet to folk dances – in a wonderful setting.

“It is easy to see why the Royal New Zealand Ballet’s signature work Giselle has earned popular and critical acclaim at home in New Zealand and around the world: it is simply superb in every way.” -Raewyn Whyte, New Zealand Herald 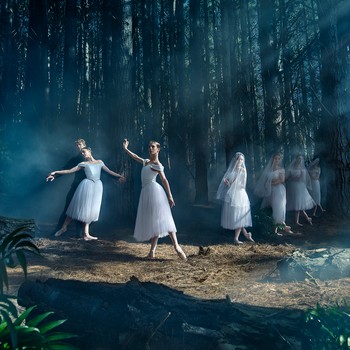 Buy Tickets
Giselle Romantic, mystical and lyrical, the Royal New Zealand Ballet’s Giselle is a timeless production of one of ballet’s great stories.