BEN ELTON announced last year that he would tour New Zealand in 2020 with a brand-new stand-up show, Ben Elton Live. But we all know what happened next.

Ben is now newly confirmed to arrive in New Zealand to quarantine in April, to then hit the stage in May 2021, with fourteen new dates added to his original tour. In addition to his previously announced shows in Auckland, Wellington and Christchurch, Ben has added performances in Blenheim, Nelson, Dunedin, Invercargill, Queenstown, Tauranga, Hamilton, Palmerston North, New Plymouth and Napier. Ben last performed in New Zealand in 2006, but returned to stage with a totally sold out 75 date UK tour in 2019, drawing rave reviews.

Ben Elton exploded onto the comedy scene more than 30 years ago, hosting Channel 4’s groundbreaking Saturday Live. Since then, Ben has achieved huge success as a stand-up comic, author, playwright, actor and director.

A highly respected author, Ben has published 16 best-selling novels, six of which became number one bestsellers. Ben is also widely known for his writing for the stage which includes three smash hit West End plays and the global phenomenon We Will Rock You, based on the music of British rock legends Queen.

As Ben says: "The last time I toured I was still smarter than my phone. Things have definitely taken a funny turn." 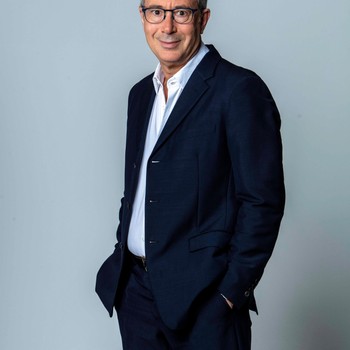 Buy Tickets
Ben Elton Live BEN ELTON announced last year that he would tour New Zealand in 2020 with a brand-new stand-up show, Ben Elton Live. But we all know what happened next.