Sunny Hawke's Bay boasts a variety of attractions to entertain all ages, as Anna King Shahab discovers on a weekend road trip.

Even on a warm, early-Autumn morning, mist shrouds the hills along the Taupo-Napier road. Pine forests give way to thick, primal-looking native bush, then as the road descends into the valleys north of Napier, the first glimpses of wine country appear as the sun's early rays light up the landscape, mirroring the cheery yellow sun on Hawke's Bay's welcome sign. The region kept its promise for the next few days, that golden ball ever-present in the blue sky, perfect conditions for some family fun.

History you can touch

Arriving early on a Saturday morning in Napier, after a quick detour through the central city's Urban Market for coffee and doughnuts, we made for the Faraday Centre. At this volunteer-run collection of vintage technology, housed in one big open-plan historic building, nothing is out of bounds and visitors are encouraged to get hands-on. It was fun to see our kids — aged 7 and 8, raised in the smartphone era — thrilled with the idea of calling one another from phone boxes, cranking an old flip-photo reel to watch a film and ringing up grocery purchases on a handsome old till. 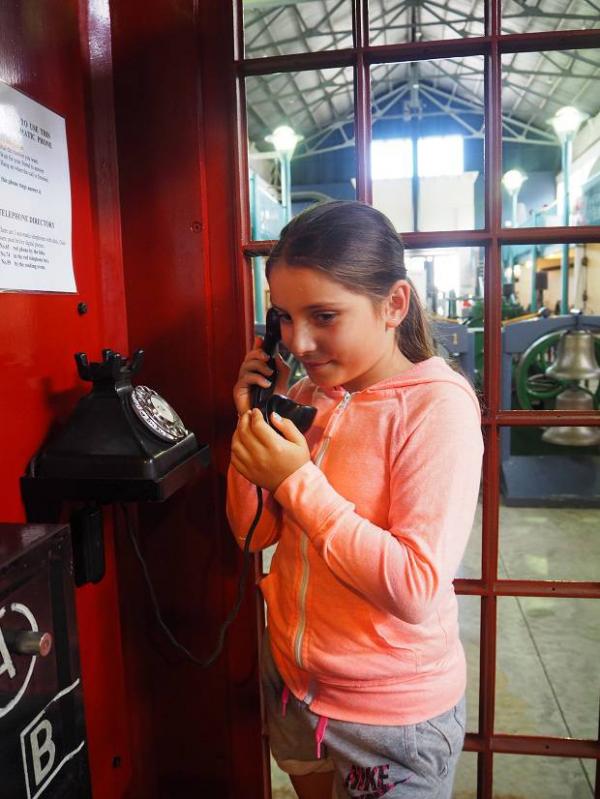 See sea life on the seafront

With the late summer sun fair scorching, early afternoon was the perfect time to retreat into the cool, dim interior of the National Aquarium of New Zealand on Marine Parade. As well as the large oceanarium with an array of local fish, rays and sharks, there's an impressive collection of exotic species (does any creature belie its ferocity more than the piranha?), reptiles and a kiwi enclosure housing two frisky birds that made their captive Auckland cousins seem very shy. 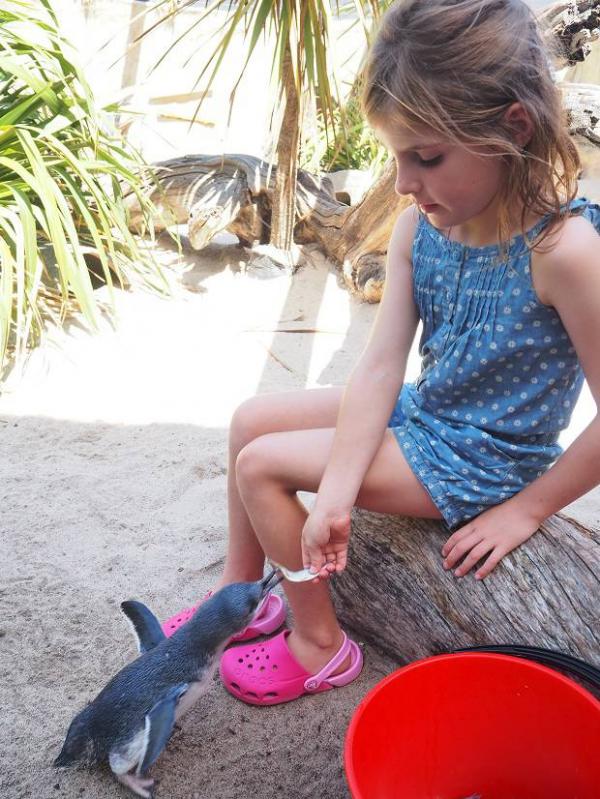 We'd booked a penguin encounter, which started with a tour of the clinic where rescue penguins are cared for. We met the latest arrival, found on the beach with the soles of her feet badly burnt, probably having walked through a still-smouldering beach fire around New Year's Eve. All of the 14 permanent resident little blue penguins have some kind of handicap — missing flippers, eyes, moulting issues, and there's Jack, who's the equivalent of more than 100 years old. We followed our guide into the enclosure to feed these delightful, personality-packed birds by hand — the kids learned to hold one sprat at a time and guide it into a penguin's beak until they swallowed.

My 8-year-old daughter and I signed up to swim with the sharks. I'd pictured a guided thing, but no, our instructor, Herman, didn't get in the water with us, preferring to watch from the safety of terra firma above the tank. I clocked, among Herman's gear, a rather serious looking first-aid kit, but was placated when he said the worst they'd seen was a stubbed toe; here the sharks feed on tastier things than humans. Five of us punters donned suits and flippers and inched our way into the oceanarium, home to smaller and larger sharks of several species, the largest being a lass of close to three metres, a sevengill shark called Sarah. It's a surreal feeling almost brushing up against these creatures we're taught to fear, and I wasn't exactly seeking out contact (my coping mechanism was putting blinkers on and pretending they weren't there, my daughter's was sticking pretty much to the shallow area where the sharks don't go), but the two of us now have the certificates to prove we're fearless warriors and we have a special memory to share.

Skate by the sea

Handsome Marine Parade gave us another thrill on this trip, when the four of us slipped off our shoes and donned wheels to hoon around for a bit at Bay Skate (the girls and me on roller skates, husband reliving his youth on a skateboard). You can BYO or hire gear (with free helmet and safety pads). How on earth I got around my neighbourhood on skates in the 80s I have no idea, but the old adage rang true that after a very uncoordinated while, the gist of it started to come back to me. Helped in large part by Eileen, a champion former figure skater in her mid-60s, who, by our good fortune, happened to be taking one of her free coaching classes that day. Giddy good fun had by all.

All that sunshine and outdoorsy fun had us constantly peckish, and the hardest decisions we had to make on this holiday were where to fill our tummies, because there's so much great food to choose from and not enough time to fit half of it in. We loved the wood-fired pizzas (especially the Prosciutto Crudo e Rucola) at Alessandro's in Havelock North. No kooky toppings here, just the real-deal Neapolitan offerings, atop dough that's been several days in the making. 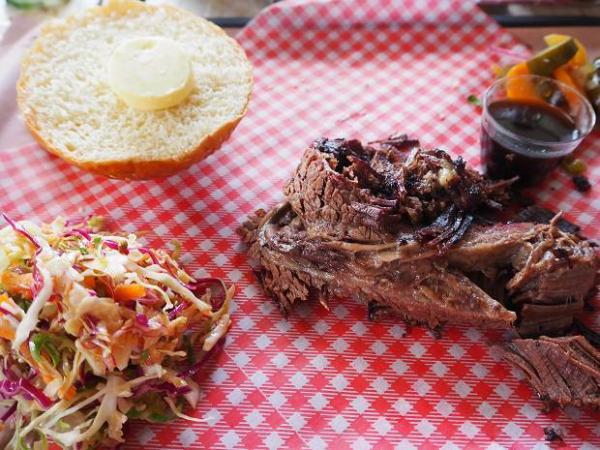 A friend had waxed lyrical about the Korean fried chicken at Milk & Honey, and it didn't disappoint, especially with a side of sunshine and a glass of local chardy in the picturesque portside precinct of Ahuriri. We also discovered the best American barbecue offering in the country. Jimmy and Tam Macken of Bareknuckle BBQ take a Texas pit smoker fired with local apple wood and put in it local wagyu beef, Bostock's organic chicken, and pork free-farmed in a Christchurch Corrections services programme. What comes out is the tastiest, most lip-smacking food imaginable.

The Hawke's Bay Farmers' Market, a Sunday affair in the bucolic, dappled-sunshine surrounds of the Hastings A&P grounds, is my favourite farmers' market, and a great place to taste an array of the region's fantastic produce and handmade food and drink products. Among the goodies we came away with were flavoursome black and white grapes, grown in the Japanese way by master grower Tetsuya Higuchi, bags of perfect peacherines, omega plums and crisp, sweet royal gala apples. We snapped up organic cheeses from Origin Earth, famously good Hawke's Bay lamb from Waipawa Butchery (which was being filmed by Country Calendar that day), great salamis from Woodburn Venison and sophisticated dry ciders by Edgebrook.

We loved everything we sampled at Hapi and came away with a jar of Greta's zingy, tart baechu kimchi and one of its cashew cheeses with harore (a foraged forest mushroom). The next morning we called into Hapi's Clean Kai Co-op in Napier for a delicious, nourishing breakfast on our way out of town.

If you're not keen to road-trip, Air New Zealand and Jetstar offer daily services from Auckland to Napier.

Bareknuckle Cottage is part of the Bareknuckle BBQ site — why wouldn't you want to fill up on barbecue and cocktails and not have to drive anywhere afterwards? Less than five minutes' drive from both Havelock North and Hastings and 15 minutes from central Napier, we loved this location for easy access to the whole region. Owners Jimmy and Tam fill the pantry and fridge with eggs from their own chooks, organic Origin Earth milk and Hawthorn coffee, fresh breads and spreads. Go to booking.com and search "Bareknuckle Cottage".