But beyond those are a series of hidden gems, such as penguin feeding, a $10 waterfront spa pool and KFQ – Kentucky fried quail.

Here are 10 of the best lesser-known experiences.

The Garden of Eden

Figs are one of life's great joys (if you don't agree, best to skip this one) and this humble edible flower is celebrated in full glory at the region’s very own figgery.

Te Mata Figs is an organic farm and cafe in Havelock North, and owner Helen and Murray Douglas seriously give a fig about the 30 varieties they grow. The couple are some of the nicest humans you will come across, and their eyes come alive as soon as the "f word" (fig) is mentioned. 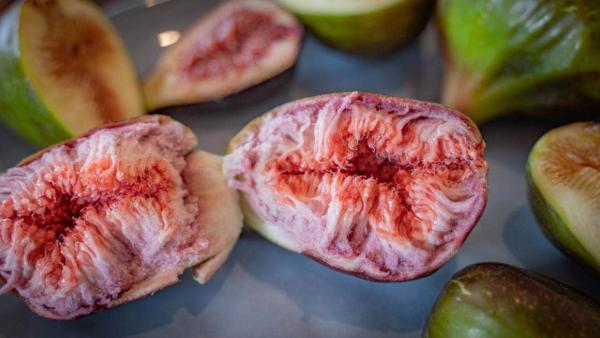 One of my greatest travel memories was eating fresh figs in small Italian towns, and I was taken right back while wandering around the Havelock North farm.

The onsite cafe is a shrine to figs, with delicious creations like toasted fig bread, fig walnut and blue cheese pizza and a salted fig chocolate tart – to name just a few. You can’t miss the fig almond salami (don't worry, not the meat variety) – if there are testers, give it a try.

Figs are generally picked late summer, so if you head there soon, you're in for a treat. 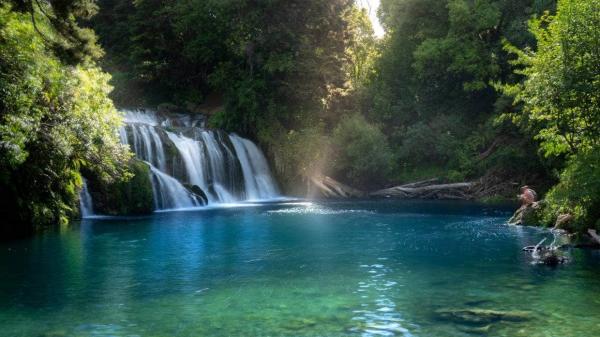 Just 15 minutes outside Havelock North, the Maraetotara Falls is well-loved and known by locals, but a hidden gem for those new to the region.

At the base of the waterfall is a large swimming hole, where you can cool off from the last of the scorching summer. There's also a kilometre-long walk to a heritage power station at the other end of the track. 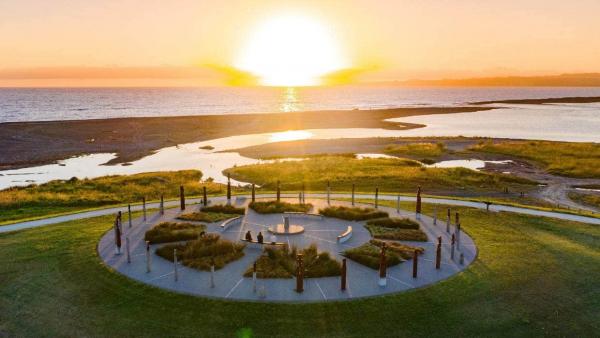 The spectacular Ātea a Rangi Star Compass is one of the Hawke's Bay latest waterfront attractions. To the untrained eye, it looks a little like New Zealand's version of Stonehenge.

More than 220 stars were used by early Māori for navigating, and the star compass is a traditional way of referencing them to help seafarers get their bearings.

The compass is now being used to teach a new breed of navigators, who before Covid-19, were making trips throughout the Pacific in double-hulled sailing waka using only the stars. 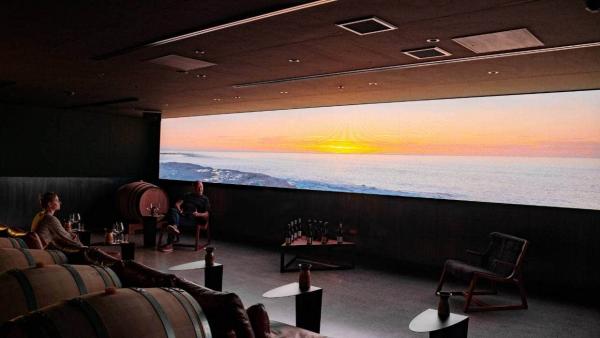 Winemaker Smith & Sheths has a secret wine studio in Havelock North, which looks like it could be straight out of a James Bond film.

You'll be led to a dimly lit room, with plush leather couches, before being guided through a private tasting with a Sommelier. It’s intentionally dark to awaken your other senses.

With each tasting, you'll be shown a spectacular film of where your wine comes from – even getting to sample straight from the barrel. 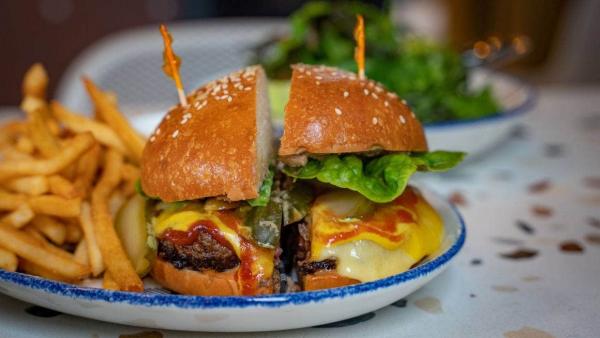 Hawke's Bay is a temple of gastronomy – and one of the latest restaurants to open is "Mary's". It's named after Mary Peabody, one of the owners of Craggy Range Winery, who has collaborated with an excellent chef to create a restaurant full of flair and fun. It serves edible masterpieces like a confit duck toastie with blue cheese and onion jam, alongside "The KFQ" – fried quail sandwiches.

Another new experience is at Askerne Estate, where the winery offers picnics in the vines. Start with a wine tasting to find your favourite drop, then pair your favourite glass with a picnic basket full of goodies and head out into the sun. 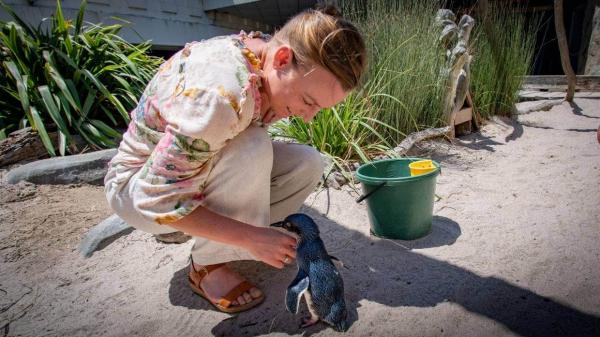 New Zealand is home to the smallest penguin on the planet, and Napier’s National Aquarium of New Zealand operates a rescue centre for these little blue penguins.

For those who can't be reintroduced to the wild, they start a new life at the aquarium’s penguin park, and you can get a chance to feed them.

The 45-minute feeding and tour includes a close-up look at the rescue centre, and a sit-down feeding session where you hand-feed the curious critters. 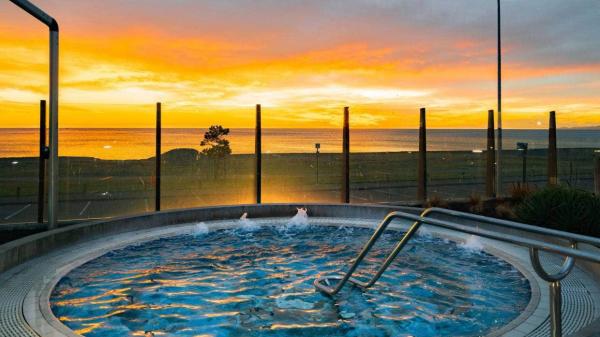 If you're after a little time to unwind, head to Napier’s Ocean Spa, where for just $10.70 you can be sitting in a waterfront spa pool with beach views.

It's the perfect place for kids to the play in the cooler pools, while adults enjoy a bit of peace in the warmer spas.

After your soak, grab a coffee, and head on a daily guided walk of the city’s Art Deco features. This is well worth the $28, as you can easily miss the best buildings if you don't know where to look. The film you're played before the walk is an eye-opening reminder of the disaster, and a tribute to the city’s remarkable determination to rebuild. 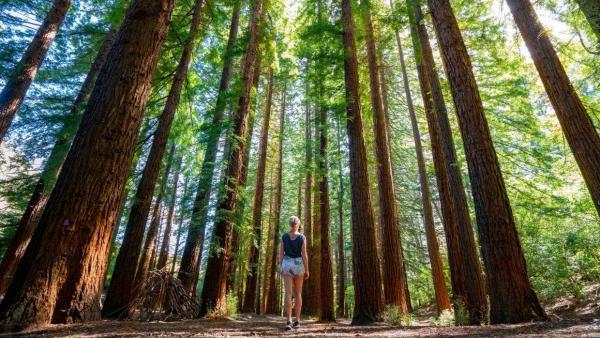 The country's most famous Redwoods forest is in Rotorua, but Hawke's Bay is also home to its own spectacular grove.

After visiting Te Mata Peak, the region's best lookout, stop on the way back at the Big Redwoods Forest. Here you'll find an enchanting collection of 223 Californian Redwoods, the tallest tree species in the world. It'll soak up a peaceful hour walking among the giants. 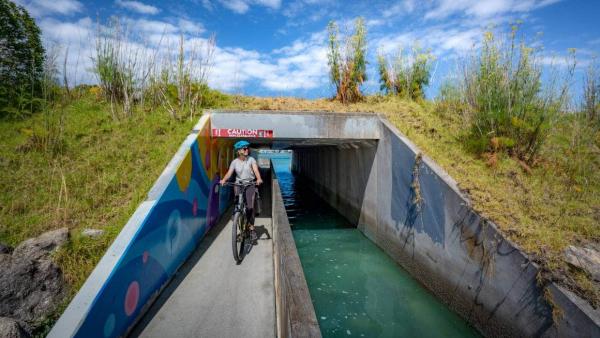 The region has a big focus on cycling with more than 200 kilometres of cycle trail, and best of all, it's all flat.

There are plenty of full-day winery rides, like the "Hawke's Bay Sunday" which includes eight wineries and a stop at the legendary Hawke’s Bay Farmers’ Market.

Or, take a trail closer to the city, such as the Bayview Loop, which encompasses some great cafés at West Quay.

The city's iconic Art Deco Masonic Hotel has seen a lot over the years. It was rebuilt twice after first being destroyed by fire, then the 1931 earthquake. Over the years, its guests have included the Queen, Jean Batten and Mark Twain – who spent his 60th birthday there in 1895.

I stayed in the Mark Twain Suite; the room is beautifully furnished with a balcony overlooking Marine Parade.

My favourite Twain quote is "Twenty years from now you will be more disappointed by the things that you didn't do than by the ones you did do. So throw off the bowlines. Sail away from the safe harbour. Catch the trade winds in your sails. Explore. Dream. Discover."

I'm confident Twain would agree that Hawke's Bay is an excellent place to start embodying that. 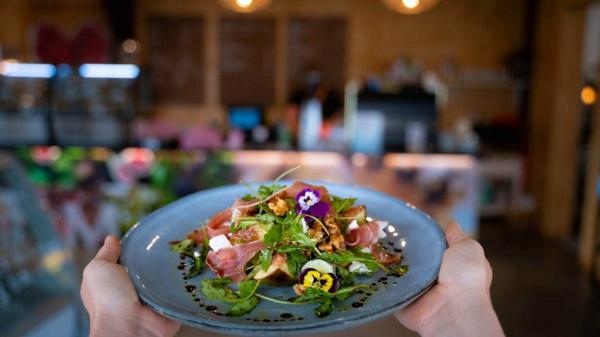 Air New Zealand operates daily non-stop flights to Napier from Auckland, Wellington and Christchurch, with connections across the domestic network.