Beginning in 2019 playing to 50,000 fans at the history making sell out show at Auckland’s Western Springs Stadium, the SIX60 SATURDAYS tour has grown exponentially. in early 2021, the band played six shows throughout New Zealand including two stadium shows and four green fields, selling over 175,000 tickets. In true SIX60 fashion, 2022 sees the band going bigger once again announcing six massive stadium shows across Aotearoa. This is the first time any artist has embarked on a 100% stadium tour throughout all of New Zealand. This. Is. History.

‘We are absolutely stoked to be bringing SIX60 SATURDAYS to stadiums in 2022. For us, we constantly want to better ourselves, and raise the bar on what we have already done. To be playing six stadium shows on this tour is huge. It not only sets the bar for ourselves, but we see it as a challenge to international acts too. There’s so much more to a New Zealand tour than just playing one or two cities. Kiwi’s support live music better than anywhere else in the world. We love playing at home and we’d love to see more international acts play shows of this scale all around the motu. We cannot wait to see you all at SIX60 Saturdays The Stadium Tour” – SIX60 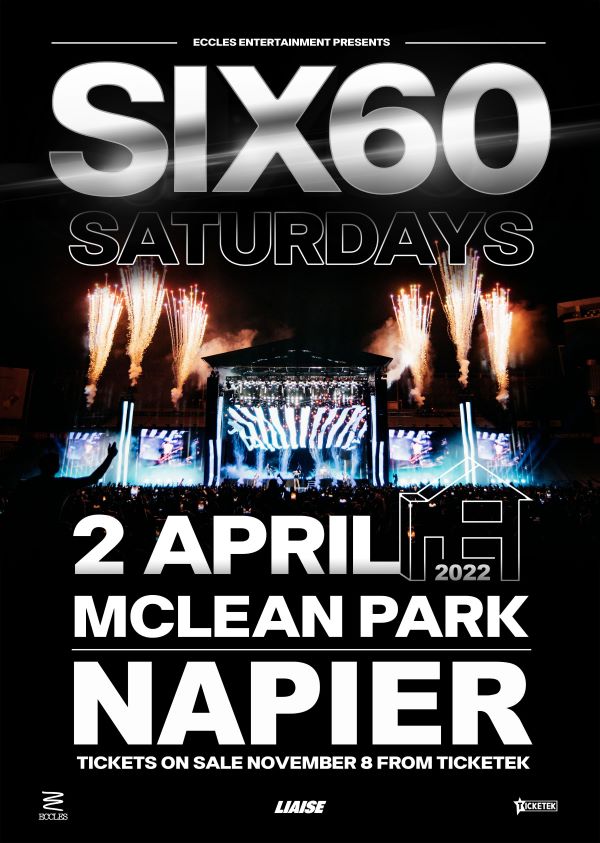