Most people are lured to Hawke's Bay on the east coast of New Zealand's North Island by Napier, a jewel of a city that was entirely rebuilt in art deco style after a devastating earthquake in 1931. What's less heralded is that the region is also a burgeoning food and wine hotspot. Not only does it enjoy a mild climate that supports a remarkable range of fresh produce, but it's also home to a passionate community of farmers, winemakers and chefs.

While you can explore the area under your own steam, you're likely to miss a lot of the highlights, so why not let a local expert lead the way? Here are two tours that showcase the region's gastronomic delights.

"This is my retirement," says Murray Douglas, handing us some fig compote made using a 3000-year-old recipe from Lebanon. The former chief executive  of Sydney City Council started Te Mata Figs in Hawke's Bay 10 years ago. It's one of only six fig farms in New Zealand and specialises in products made using traditional old world recipes. 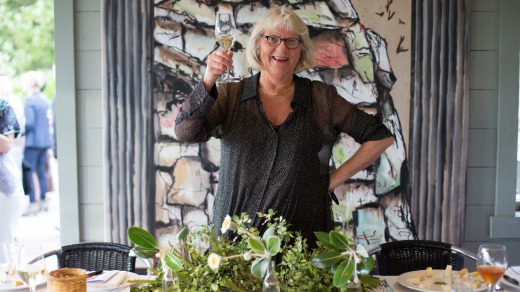 We sample a selection of his wares, including a savoury fig salami made with walnuts and ginger, a sweet fig paste steeped in port and an indulgent dessert fig soaked in rum syrup.

This is the first stop on a tour devised by cheese expert Juliet Harbutt. During a 35-year career in Britain, she ran an exclusive cheese shop in London, created the British Cheese Awards and wrote The World Cheese Book – a definitive guide that has been translated into nine languages. "As a result, I've sadly become known as The Cheese Lady," she says, rolling her eyes.

When she moved to Hawke's Bay two years ago she decided to start a new venture. "Most of the tours here are wine based whereas I wanted to show visitors what the locals grow and eat."

On one of her Hunter Gatherer Tours, you might forage for pinenuts, collect blackberries or pick apples – depending on what's fresh and in season. Along the way you'll also meet many of the region's producers before finishing with a delicious home-cooked lunch at Harbutt's place.

From Te Mata Figs, we head to Telegraph Hill, an award-winning olive farm that not only sells olives and olive oil, but also produces a wide range of chutneys, relishes and dressings (make sure you try the fiery wasabi vinaigrette).

Next up is NZ's largest honey producer, Arataki Honey, which has an informative museum and a sampling table where you can try more than a dozen varietals, including a "challengingly herbal" thyme flavoured one.

We're on a shortened version of the tour so we don't have time for the full lunch experience at Harbutt's beautiful home overlooking Black Barn Vineyards. Instead, she prepares a tasting plate of seven local cheeses accompanied by a chilled glass of Black Barn's 2015 Single Vineyard Riesling.

Thanks to Harbutt's expertise and good humour, it's one of the most informative and entertaining tastings I've done. Who knew that soft washed rind cheese was invented by Cistercian monks as a substitute for meat or that, on average, camembert contains half the fat of cheddar?

My favourite is the Hohepa Blue, which is pungent and spicy without being overpowering. It would be perfect on an after-dinner cheese board but should one pair it with quince or chutney? "Oh, you don't need all that crap," Harbutt says. "Just let people taste the cheese!" 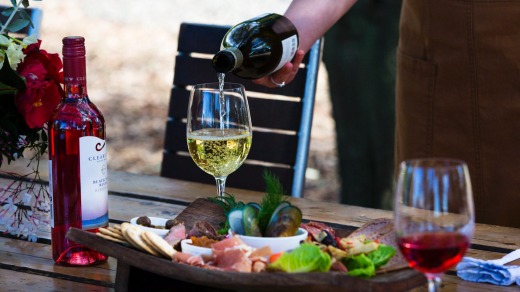 One of the challenges of being in a region that's renowned for its food and wine is that you end up consuming an awful lot of food and wine. One way to offset this is to explore it by bike, thereby fooling yourself into believing you've expended enough calories to justify the indulgence.

One of New Zealand's great tourism triumphs of the past decade is the development of a comprehensive network of regional cycle trails and Hawke's Bay is no exception. The area has more than 200 kilometres of bike paths and no less than three nationally recognised Great Rides. The family-friendly Water Ride showcases the region's rivers, wetlands and coast. The Landscapes Ride combines coastal trails with more challenging forays into the surrounding hills. And the Wineries Ride highlights the best of the area's award-winning wineries. No prizes for guessing which one we chose. 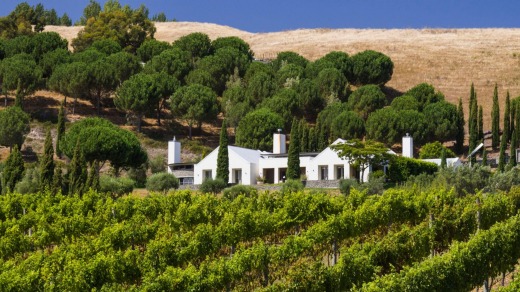 We're tackling an abbreviated version of Takaro Trails' most popular ride, the Havelock North and Cape Coast Wineries ride – a gentle 16-kilometre cycle that passes seven wineries as it skirts the Tukituki River and the Pacific Ocean.

"The great thing about this ride is that you don't have to be super fit," Takaro Trails' owner Jenny Ryan says. This is a relief given our group is feeling a little fragile after some over-enthusiastic wine 'research' last night.

Normally the tour starts at Black Barn Vineyards in Havelock North, a delightful winery with an enchanting vine-shrouded outdoor terrace. Across the road are two more wineries – Red Barrel and the multiaward-winning Te Mata Estate, renowned for its Coleraine blend, rated by many experts as one of the world's best bordeaux-style reds. 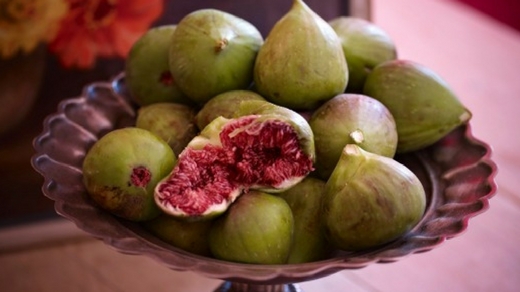 Instead, we start near the mouth of the Tukituki River, following a Dutch-style raised dyke that offers sweeping views of the river and surrounding wetlands. Interestingly, Ryan says that initially the wineries weren't keen on the idea of being linked by bike trails as they thought cyclists wouldn't buy wine. As it turned out, this couldn't be further from the truth. Many overseas visitors ship cases home and Takaro Trails can also pick up purchases made en route.

We only have time for one tasting today so we pull into Elephant Hill, an elegant winery overlooking the bay that is housed in a striking copper-plated building. Enthusiastic German owner Andreas Weiss gives us a tour and explains its meticulous approach to winemaking. It's clearly working – in October its 2014 Reserve Syrah won Red Wine of the Show in the annual Six Nations Wine Challenge.

From Elephant Hill, it's a five-minute cycle along a meandering coastal trail to Clearview Estate. One of the pioneers of the Hawke's Bay wine scene, this local institution has been making wine since 1989. It has also won numerous accolades, including a gold medal at the 2016 Air New Zealand Wine Awards for its 2015 Coastal Chardonnay.

With our bikes stowed away, we retire to the winery's lively outdoor terrace for lunch. Hearty platters of olives, prosciutto and green-lipped mussels are ordered and a glass of the winery's 2016 gewurztraminer is poured. Oh well, we've earned it.

STAY
Black Barn Vineyards has 17 luxurious self-contained properties in Hawke's Bay ranging from a quaint two-bedroom cottage to a sumptuous six-bedroom retreate with a pol and hot tub. From $NZ390 per night. See www.blackbarn.com