Recently Adam Pollock a food journalist for Black Book visited Hawke's Bay, here's what he had to say about our little region.

For our final stop on our week-long tour, we took a 55-minute flight northeast of Wellington to the serene vineyard-and-animal-sanctuary-studded region of Hawke's bay. Distinctly Mediterranean in look and feel, and with the best weather we encountered on our trip, Hawke's Bay was where the enormity of New Zealand's Tolkien-like terrain was most apparent.

Lunch at Elephant Hill Winery was our first order of business, and after a delightful tour of the place with CEO Andreas Weiss, we settled in to an elegant repast of oysters an grilled game fish, squid, nam jim, bok choy, fried shallots, and pineapple, accompanied by an 2016 Elephant Hill rose; Hawke's Bay was quick to show us its sophisticated side. 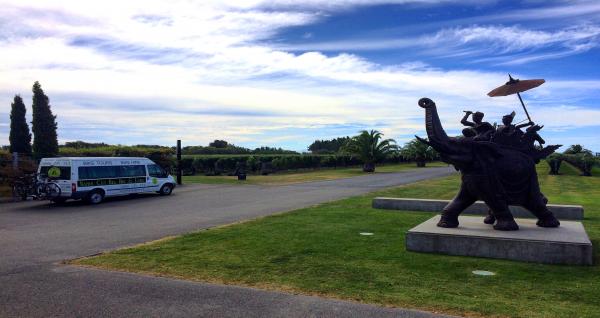 The history of Hawke's Bay and its largest city, Napier, is punctuated by a devastating event; in 1931 a cataclysmic earthquake not only leveled much of the town, but also raised the land as much as eight feet, adding close to ten thousand acres of newly dry land to the area. Napier was rebuilt in the style of the time, namely Art Deco; and while many buildings have been subsequently remodeled, the place mains one of the most intact deco towns in the world.

It was along this quaint pastel backdrop that we strolled on our first evening, eventually alighting for dinner at the thoroughly 21st Century Bistronomy. Chef James Beck guided us through the menu, which verged on the molecular, without being too ionospherey (Parks & Recreation reference). Sections named Protein, Raw, and Minerals sounded more daunting than they were - our grilled flounder with beetroot & horseradish hollandaise was pretty much as advertised, and wonderful, while the chocolate brownie with lavender, sour mousse, and condensed milk sorbet, while equally amazing, did actually verge on the surreal. 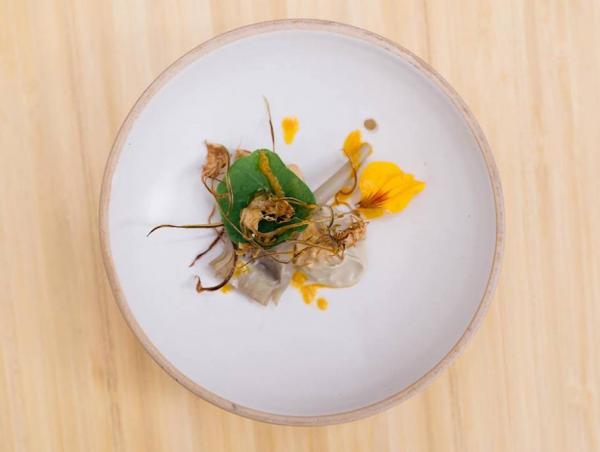 The following day had us up and out of our rooms at the charming Art Deco (natch) Masonic Hotel, for a tour of the town, which culminated in lunch at Mister D. To say that this writer is a Rolling Stones fan would be to dredge up that annoying trope about the Pope and Catholicism; we were thrilled that the restaurant was named for their song "Dancing with Mister D" - they even throw annual Stones-themed dining events. Having thus decided this was the best restaurant on Earth, we almost forgot about the food. But we were delighted with their novel takes on t he basics: rocket salad, roast fish, poached eggs and the like were all treated with reverence and a touch of whimsy - and their signature doughnuts were a huge hit. 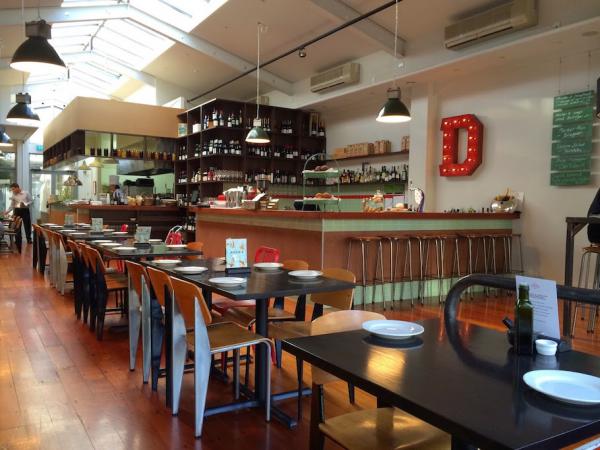 On our last evening on the island we were treated to the most opulent epicurean experience of the trip, in the form of a progressive dinner, For the uninitiated a "progressive" is where you go to a different restaurant for each course, which may sound like a bit of work; but when the places you go are all highly-regarded wineries - and you're ferried around in an SUV by a bloke named Gareth who keeps filling your champagne glass - you easily rise to the challenge.

We started with bubbly at the top of a mountain range and progressed through antipasto at Vidal, entrees of Te Mata mushroom and Comte pithivier with wild weed salad and Hohepa haloumi, vine roasted beetroot and burnt honey at Craggy Range's Restaurant restaurant, all accompanied by signature vino, before succumbing to dessert at New Zealand's oldest winery, Mission Estate. Established in 1851 by French missionaries, the estate is in the grand tradition of mansion wineries, with plantation style great house with wraparound terrace, where we took our creme brulee and port, for a final look at the cascading mountains in the distance. It was not for the first time we'd thought of postponing our flight home. 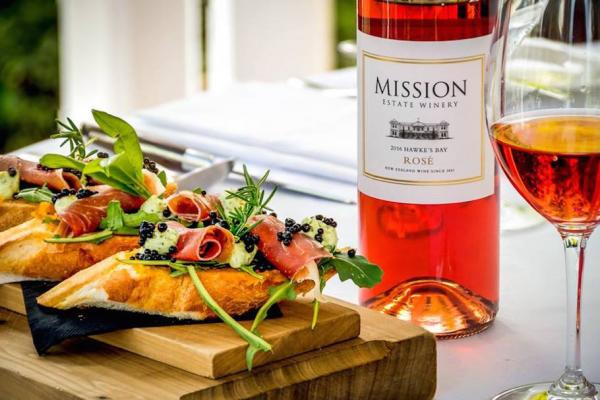