If you could bottle New Zealand, is this what it would taste like?

Ignis Fatuus is the latest release from Hastings Distillers in Hawke's Bay, a gin infused with the "blood" of the nation's forests. Specifically, the fossilised resin of ancient kauri harvested from Northland peat bogs.

Hastings Distillers' founders Kate Galloway and David Ramonteau-Chiros, winemakers by trade, aim to trap botanicals in a bottle. "That's why we're so happy with this (Ignis Fatuus)," Galloway explains, "because it's like New Zealand's story, in a liquid form."

That story, in brief. It's about migrant gum diggers from Dalmatia (modern-day Croatia) who arrived here in the late 19th century to harvest kauri resin, prized for use in jewellery and tattooing, as a varnish and firestarter. In a poetic touch, the base spirit for Ignis Fatuus is an organic sauvignon blanc made by the Babich winemaking family, also of Dalmatian origin. "We essentially made a young wine brandy but in a very special way," says Ramonteau-Chiros. Seductively perfumed – the fragrant kauri smells a bit like frankincense or oud – faintly menthol, with smoked black cardamom to mimic the scent of peat, it tastes as extraordinary as it sounds. 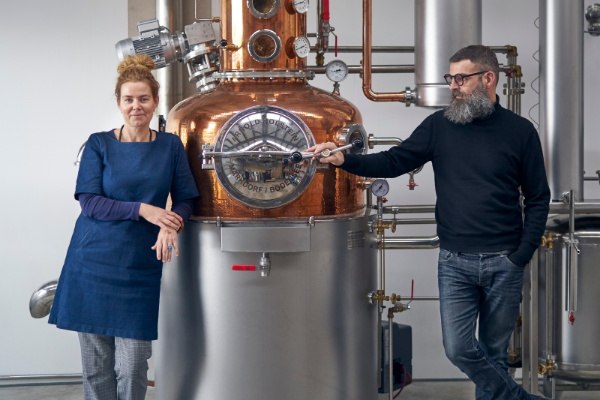 Ignis Fatuus ("foolish flame") is one of several gins served during new "bespoke" tastings at this sleek distillery on central Heretaunga St.

The experience begins with a cocktail of their bitter orange L'Opera liqueur (very grown-up and delicious) and segues into three gins: the East Block 200, a classic juniper hit of London Dry; the Albertine, a sipping gin that reveals its character slowly and surprisingly; and something seasonal, perhaps an autumn gin. Ignis Fatuus by request. Platters of fine local produce to accompany. (hastingsdistillers.com)

Bathed in sunshine, blessed with fertile soils and – famously – the food bowl of the nation, the region's been anything but idle since lockdown. Producers used the downtime to think, experiment, and add a raft of new offerings to its post-pandemic roster. Perhaps not coincidentally, the east coast riverlands have reported record-breaking tourist numbers. Hawke's Bay is having a moment.

"It's like New Zealand's story, in a liquid form."

Notable among the newcomers is Mary's, an offshoot of the blue-chip Craggy Range Winery, which closed its two-hat restaurant when Covid hit. As restrictions eased, the restaurant reopened in late May alongside a new casual, cellar-door eatery called Casey's Diner, after head chef Casey McDonald. He figured locals would be craving "feel-good" food in relaxed surroundings, and he figured right. "We thought we'd do 20-30 people but we did more than 100. Every night," McDonald says, laughing.

The diner wound down in September and then reopened in November as Mary's, in the foodie haven of Havelock North. A polished bistro of leather and granite, it pairs premium wines with decadent morsels such as whipped cod roe with chunky chips and cheesy, garlicky, doughnut bread. It's packed most evenings.

Down the road at Te Mata Figs, Murray Douglas and Helen Walker have added an orchard-front eatery to New Zealand's largest fig operation. The Figgery Cafe celebrates the Mediterranean fruit in every imaginable form, from fig granola and fig bread for breakfast, to lunchtime platters laden with salmon smoked over smouldering fig wood, caramelised fig balsamic, Turkish-style walnut and fig log with ginger and orange, drunken figs, Lebanese fig compote, Italian fig mostarda … "We use everything from the fig tree," Douglas concedes. 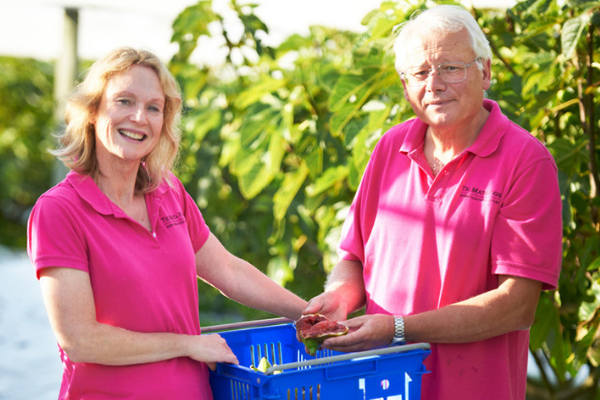 The visitor centre at family-owned Arataki Honey is perennially popular for its kid-friendly displays and immersive beekeeping tours. This month it will launch a new tasting experience pairing five distinctive honeys with a generous spread of regional produce – from feijoas and roasted garlic to chocolate and cheeses by local dairy Origin Earth. The rewarewa (honeysuckle) honey with aged sheep's feta is amazing. 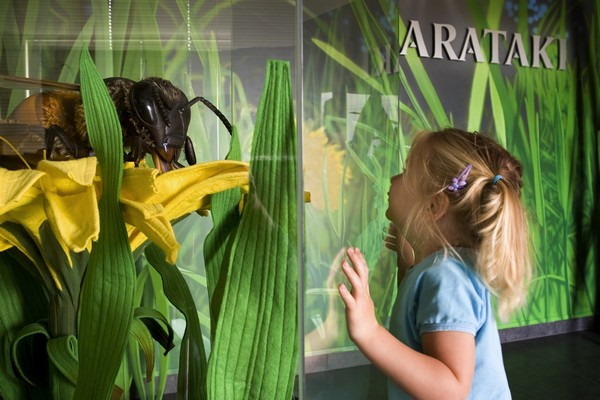 At bayside Haumoana, Coastal Wine Cycles has pimped its rides. Master of Wine Simon Nash now leads bike tours of some of Hawke's Bay's primo wine estates. Pitstops vary but may include the starkly modern Elephant Hill with its verdigris cladding and Philippe Starck furnishings, which reopens in September after the winter closure. And the trailblazing Clearview Estate, where ebullient host Tim Turvey serves his refined wines (including NZ's most expensive white, the $175 Endeavour Chardonnay) alongside Med-inspired plates. 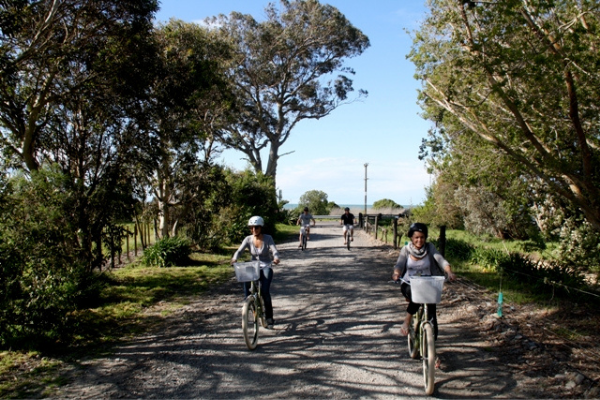 It's a special treat to sit beside the vines that grew the very riesling or gewürztraminer currently swilling around your mouth, made all the more memorable by Nash and Turvey's engaging commentary about the latest Clearview vintages.

Turvey credits the success of his wines to the sea breezes that cool the fruit and let them ripen longer, enriching flavours. "You've always got air moving across the grape, which means we can hold and hold and hold fruit longer without any disease," he explains. "That's the secret, that's the freshness and longevity."

Turvey bought land here 35 years ago and, with business partner Helma van den Berg, was one of the first modern winemakers to farm these ancient ocean beds. He came here for the surf and still finds time to tackle the right hand break at the mouth of the Haumoana River. 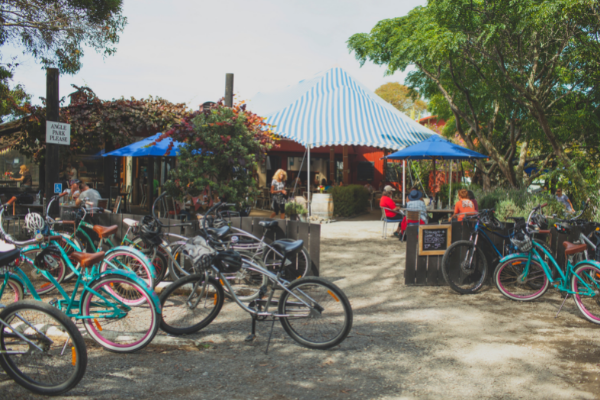 British-born Nash, meanwhile, is a terrific asset to have along for the ride. As a Master of Wine, he knows his grapes and offers informed advice, which is handy if you're considering dropping $175 on a bottle.

Hawke's Bay is the second largest wine region after the sauvignon blanc capital of Marlborough, but less famous and more diverse. Its strong suits are syrah and chardonnay, and The Urban Winery – housed within the Art Deco-fabulous National Tobacco Company in Ahuriri's revamped docklands – offers a masterclass in the latter.

It's the cellar door and showroom bar of Tony Bish, the country's chardonnay tsar (it's all he makes). Book a premium tasting and start with his stunning Fat & Sassy, which general manager Tighearnan "Tigs" Conran calls the "gateway drug" for Bish's wines. From there, ascend the chardonnay register from skin-fermented to concrete-fermented and, finally, the $140 a bottle Zen, matured in an eye-catching French oak egg rumoured to have cost six figures. 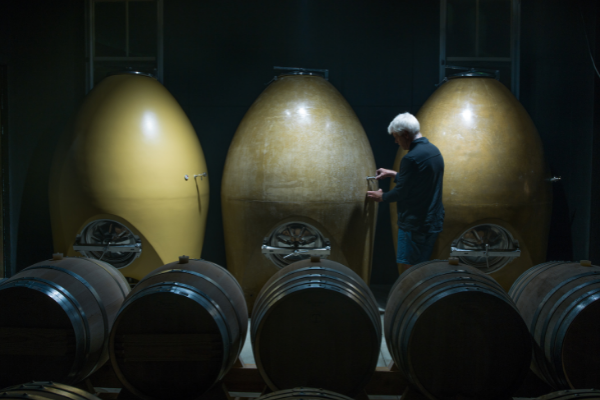 The Urban Winery's bottle shop stocks other Bay producers, including smaller vineyards without cellar doors. Don't fret over unfamiliar labels, just revel in the knowledge that, as Tigs says, 2020 was "the best vintage ever".

"And 2021 should be another banger," he grins. Hawke's Bay's never tasted so good.

Learn the secrets of farming this elusive fungus on truffle-dog tours (by appointment) of Sacre Monte's secret grove.

On Sunday mornings dozens of the bay's top producers hang out their shingles in Hastings' Waikoko Gardens. The diversity on offer at this pioneering NZ produce market is a sight to behold; there's everything from black pudding to proper French bread, as well as great coffee and comfort food. 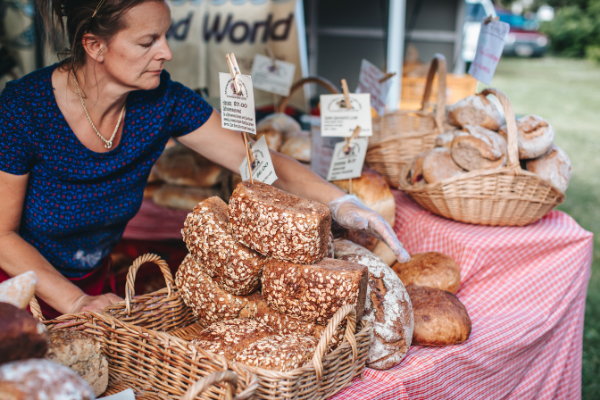 They're not open for public visits but you'll find Kate and James Clairmont's
excellent cheeses, including a nutty Danish danbo and roquefort-style blue at the best local restaurants, such as Central Fire Station and Craggy Range Winery, and at their summer market stall at Black Barn Vineyard.

Perhaps it's a cliche to mention Napier's rich Art Deco heritage but this coastal city really is like a film set frozen in time. Stroll Marine Parade beside the Pacific, feed rescued penguins at the national aquarium, and book a table at the blue weatherboard beacon of Pacifica, one of New Zealand's most exciting restaurants.

Black Barn Vineyard in Havelock North is renowned for its amphitheatre concerts and buzzing, vine-draped bistro. Not to mention the wines. The 10ha property is also home to the Black Barn Retreat, a two-bedroom beauty fashioned from recycled railway timbers, wharf beams and iron. With full kitchen, barbecue deck, croquet lawn and tennis court, it's the ultimate (intimate) house-party venue. For larger groups, Black Barn manages 14 more properties of up to seven bedrooms – most of them beside Waimarama Beach and the Tukituki River, and most with pools. 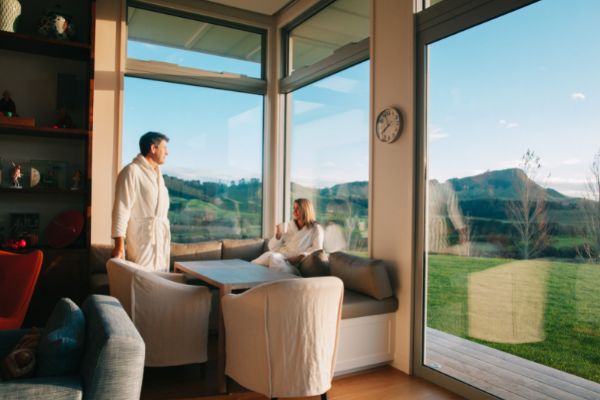 Gastronomes might prefer The Manse, a two-suite lodge in the foothills above Napier with superb meals cooked by chef-patron Gary Grootelaar and warm hospitality courtesy of his Dutch partner Dietske van Kessel.
In central Napier, Art Deco landmark the Masonic Hotel has 43 rooms, six suites and dress-circle views of the Pacific.

For more 'foodie' things to see and do in the region, head over to The Food Guide